July 24, 2019
I have no idea how boba craze started in Malaysia. As far as I remember, I suddenly started to see a surge of posts regarding boba on social media earlier this year. At first, I was like, "Boba? What boba?" I mean, we don't even call boba, boba before this. We called them bubble tea or pearl tea. Remember?

Anyway, I have yet to try all things boba that are currently available in market. Mainly because all the outlets are quite far from my house and I don't have enough funds. #iamunemployedremember? Also, because I'm not adventurous enough to try new things. 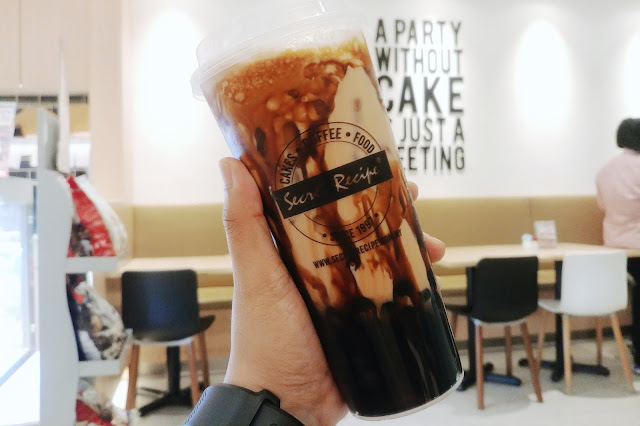 However, my sister and I recently went to the Secret Recipe in Jenjarom to try their new Boba Series. Well, it was all because of my sister. She's kinda obsessed with Secret Recipe. lol. My sister ordered Boba Caramel Milk Tea (large & take away - MYR 8.50) while I ordered Boba Brown Sugar Milk Tea.

Having said that, both of my younger sisters kept saying that the drinks were delicious. One of them kept saying, "dua-dua sedap", while the other one kept saying, "air teh dia sedap gila! agak-agak boleh ke nak beli air dia je tak nak bubble?" So, there's that.
Malaysia Review Selangor