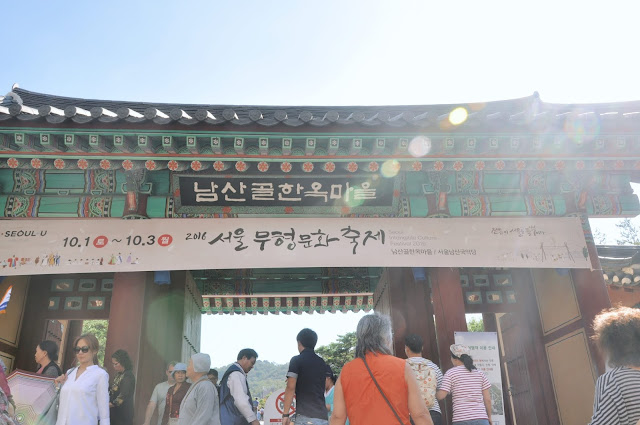 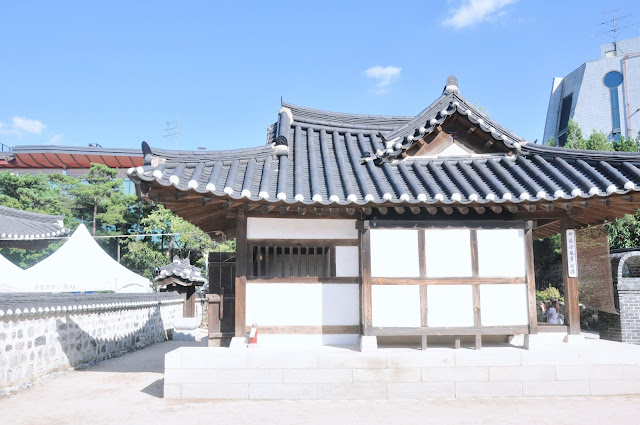 One of the hanok houses at the Namsangol Hanok Village. 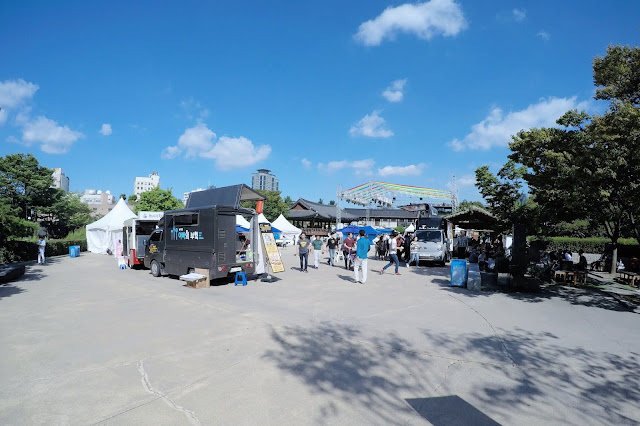 Few performances were performed at the stage; taekwando and other martial arts. 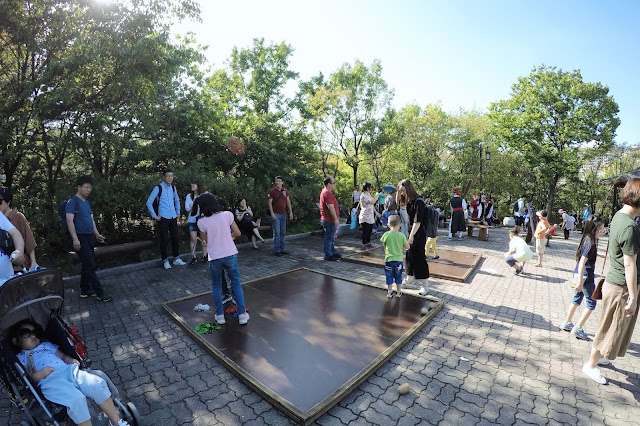 Thanks to 2 Days 1 Night that I learned quite a lot of Korean games. This one is jegichagi (제기차기).

I didn't spend too much time here because it was so hot and I was quite overwhelmed with the number of people. I only took brief peek here and there before I decided to leave. My favorite area at the Namsangol Hanok Village was the area where visitors can experience traditional games. So many families. So much happiness that my heart felt so full <3 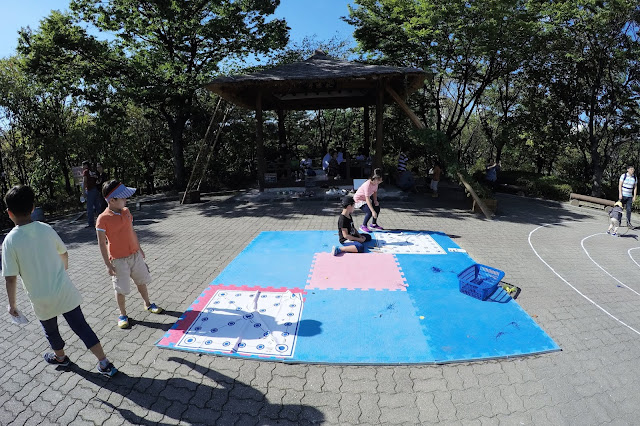 I don't really remember the name of the game. I think it's Yut (윷). I could be wrong though.


On a totally irrelevant note, I had a good chat with this one ahjussi (아저 시) when I was at the Namsangol Hanok Village. I was sitting under the shade near to the entrance, sipping my banana uyu when this one ahjussi suddenly approached me. I was surprised because most of the times, people in South Korea treated me as either an alien or invisible. 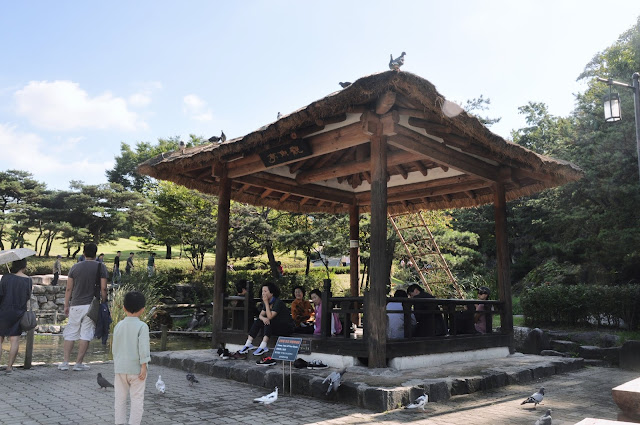 Good luck trying to squeeze for a spot at the pavilion :p

Apparently this ahjussi used to live in Malaysia and he really loved his time in Malaysia. He also proceeded saying that he missed interacting with other Malaysians which is why he approached me. We talked for about 20 minutes, if I remembered it correctly. Our topics were basically everything under the sun. Hahaha. Had to excuse myself first for I planned to go to another place. Otherwise, we might talk for another hour or so :)
Namsangol Hanok Village Seoul South Korea 남산골한옥마을 대한민국 서울