November 16, 2018
p.s: All the pictures in this post are of the low quality due to my phone problem T_T 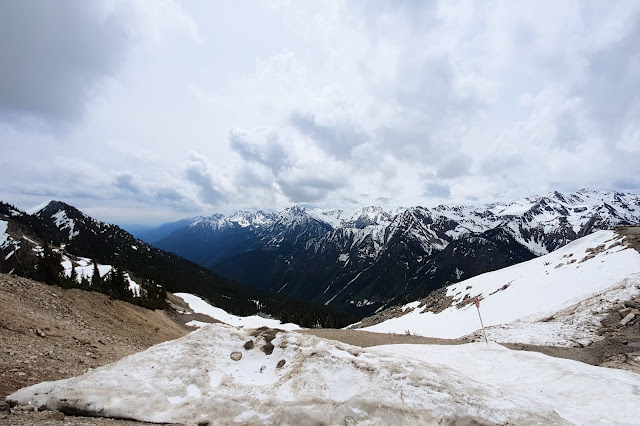 Tip: Bow Valley Parkway and roads to Takakkaw Falls, Moraine Lake and Peyto Lake are usually open around mid/late June and close around early October depending on the amount of snow that we received in the winter. So, plan accordingly if you want to see these places.

As you may or may not remember, it was very cloudy when I went to the Emerald Lake for the first time, so I didn't get to see the pretty Emerald Lake like the ones posted on the internet. Honestly, it was cloudy everywhere we went on that day. Oh well, it was the end of May. That's the kind of weather that you'll get here in the mountains. 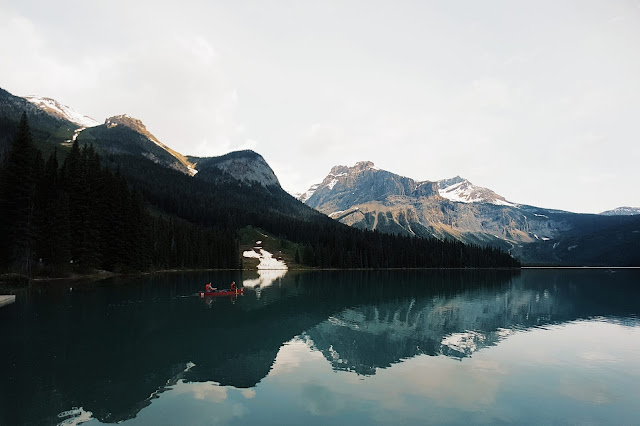 Tip: If you really want to come to the national parks or provincial parks located in the western Canada for sightseeing, the best season would be the summer season - mid/late June to end of August. However, do note that these months are the most expensive months as well.


It was such a short stop at the Emerald Lake. Think we were given around 20 minutes? There were not as many people as I expected but there was a group of Chinese tourists when we were there. Also, there was a couple doing their wedding photoshoot. Absolutely gorgeous! We then stopped for about 10 minutes at the Natural Bridge when we were on our way to the Kicking Horse Mountain Resort. 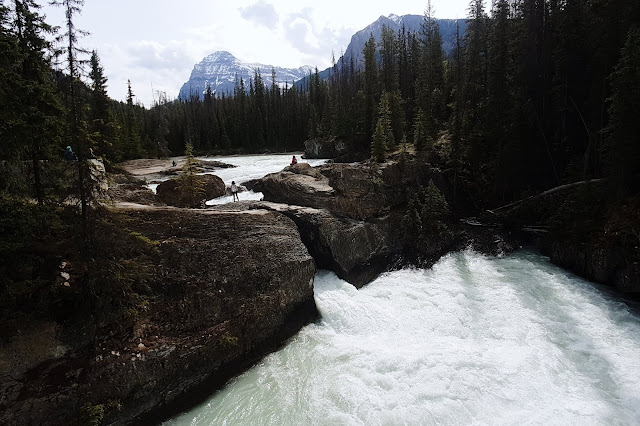 Like I mentioned in this post, I didn't get to appreciate the beauty of Natural Bridge on my first visit. That is due to the short time given by our guide on top of the cloudy weather and muddy water. You'll understand if you see the picture above. 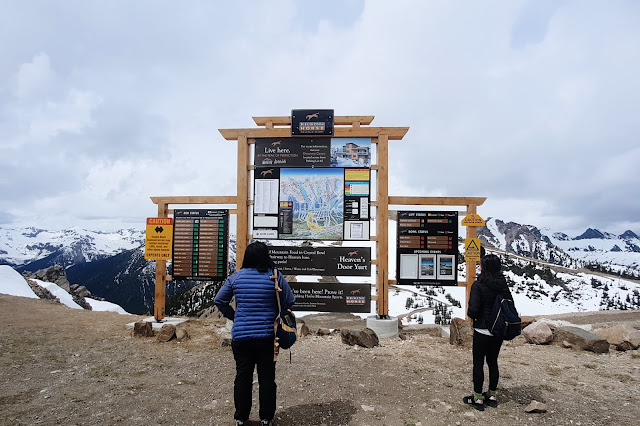 After the short stop, we headed straight to the Kicking Horse Mountain Resort for our lunch and grizzly bear refuge tour. Technically, it was my second time here. My first time here was when I went for the snowmobile tour last year. It was good to be back :) 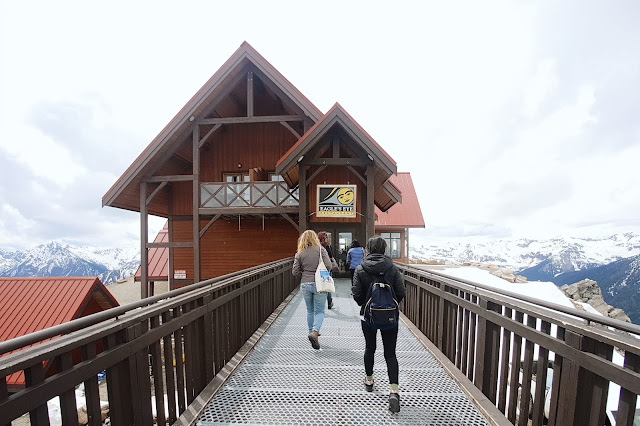 We had our lunch at the Eagle's Eye Restaurant which is the highest restaurant in Canada. #cooltakcool Well, I skipped my lunch because it was Ramadan so I could only imagine that the lunch provided were delicious based on the plating and appearance. Anyway, we had to ride the Golden Eagle Express Gondola first to reach the Eagle's Eye Restaurant. It was quite a long gondola ride but not as long as Sunshine ones. The view along the way and at the top? Magnificent! 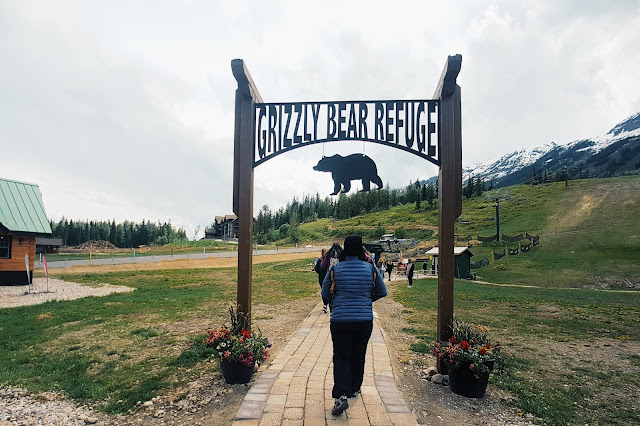 After lunch, we headed down to the base and took a chairlift ride for our Grizzly Bear Refuge Tour. This was my first time riding an open chairlift ride, so I was really nervous. There were 2 other girls with me but it was their first time as well. We requested to the lift attendants to stop the chair masa nak duduk. Kemain panjang doanya masa naik chairlift tu. Haha. 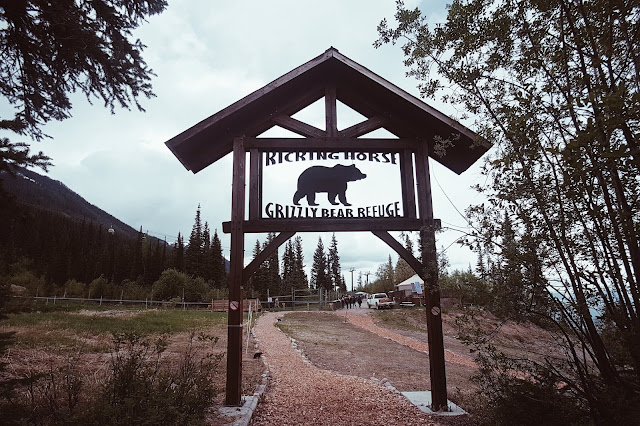 Actually, we almost didn't make it to our Grizzly Bear Refuge Tour due to miscommunication between our guide and the bear's caretaker. Thankfully, she allowed us to join the tour for a bit. Otherwise, memang rasa macam tak worth it la the tour. Once we reached the sanctuary (okay, tak sure the exact word apa but hopefully you get the gist of it?), we were greeted with the sight of Boo, the grizzly bear. 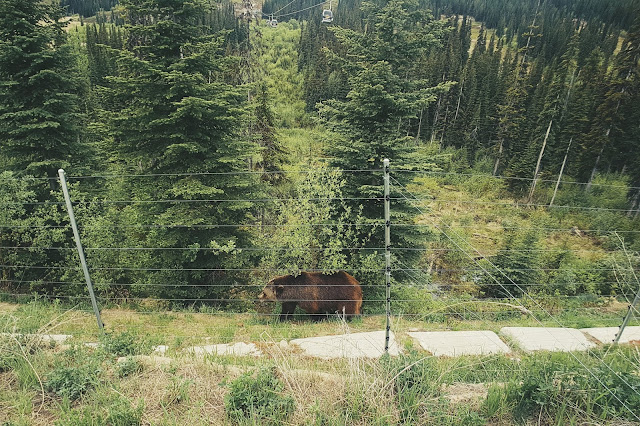 We then were bombarded with lot of details about Boo along with other information regarding grizzly bear behaviour. We also learned about the efforts they are putting to ensure Boo's survival and other bears around the world that happened to have the same fate as Boo. All this happened in about 30-45 minutes? 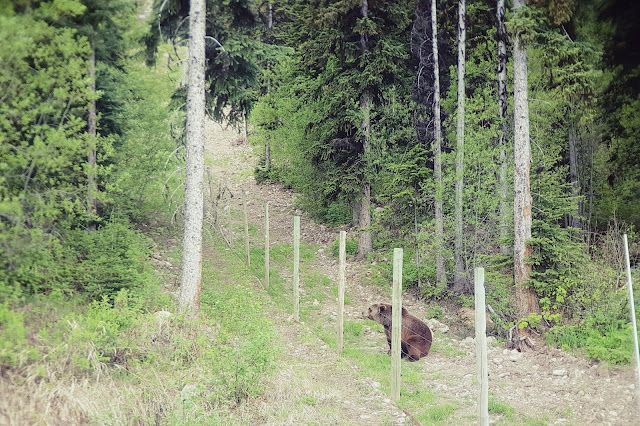 All in all, I had enjoyable day during the tour. I learned so much about grizzly bears that I hope other tourists will start educating themselves about bears before coming to national parks. I also managed to visit Emerald Lake for the first time and see magnificent views of the mountains in Yoho National Park and Golden.
British Columbia Canada Emerald Lake Golden Natural Bridge Review Yoho National Park 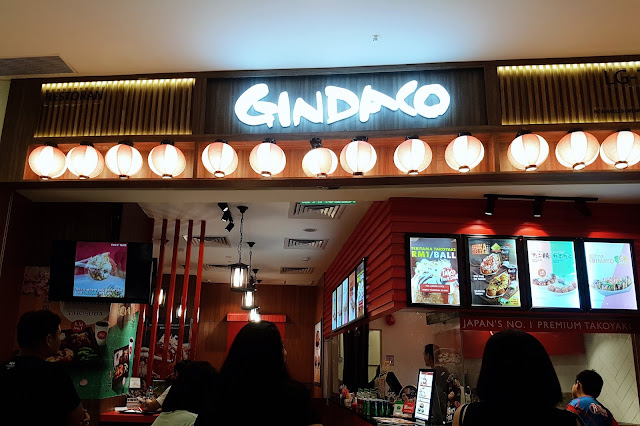