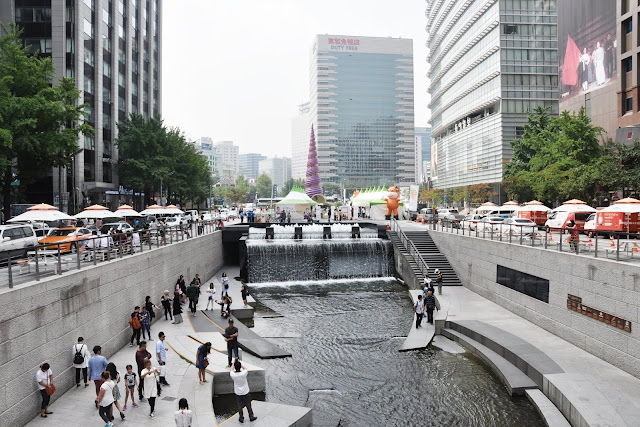 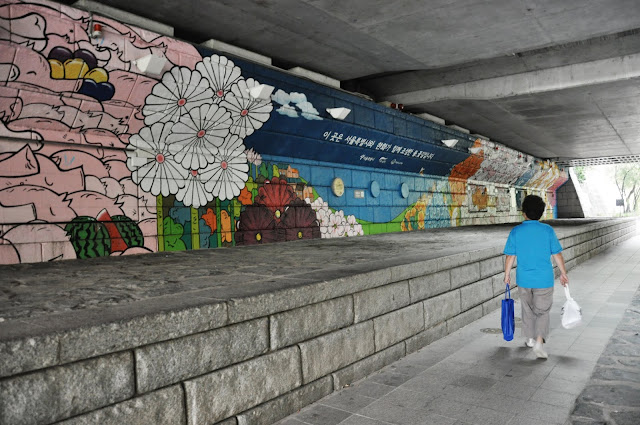 The first time I went to Cheonggyecheon Stream, I actually walked from the Cheonggye Plaza to the Dongdaemun Fashion Town and back to the Cheonggye Plaza again. That was like almost 5-6 km or 5 hour-ish walk. Tak tahulah masa tu fikir apa like hello, I'm a couch potato through and through kot, but at the end of the day, kaki memang jadi jelly habis.

Tip: Bring bug spray if you intend to walk from the Cheonggye Plaza to Dongdaemun Fashion Town or Supyogyo Bridge. 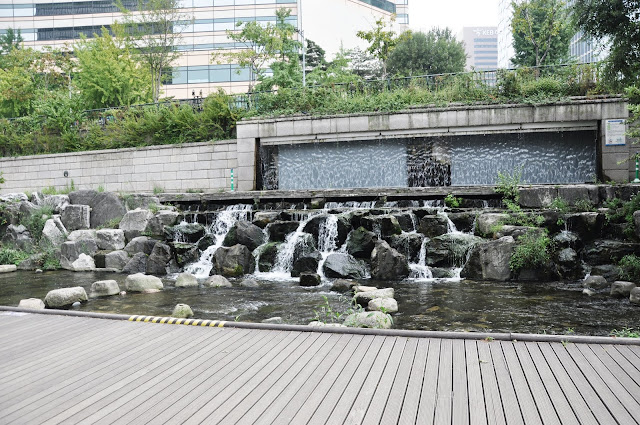 I thoroughly enjoyed the walk and the view of the first hour but after that I became a grumpy ass as I didn't know the end point or how long it's going to take me to finish the whole course. #mohonjanganjadimacamsis You'll walk pass a lot of bridges, most of them having their own significance. I obviously was illiterate about the bridges so my reactions were mostly like these, "Eh, ni macam outdated sikit," or "Eh yang ni kenapa macam ni?" 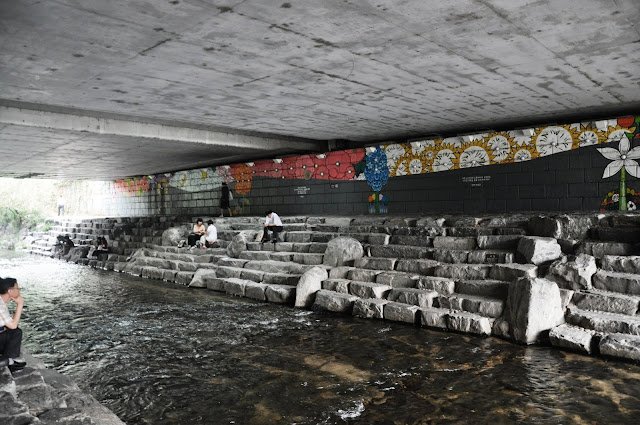 You'll also see a lot of murals (?) along the way. I think some of them has a history behind it. I learned about it earlier this year while watching Battle Trip. All I can remember about it when I was there, "Agak-agaknya apalah yang nak disampaikan by this thing?" sebab lukisan dia panjang gila and there was description about the whole thing which unfortunately, written in Hangul only.

Tip: If you're short of time, just lepak dekat Cheonggye Plaza cause that's the probably the prettiest part of the whole stream. 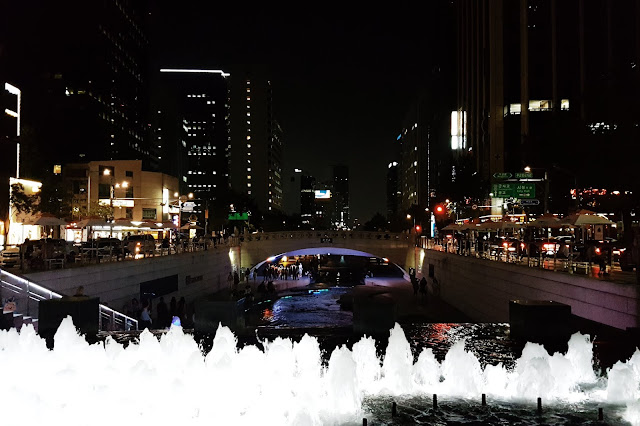 It was a different whole story when I visited the place at night. I only lepak at the Cheonggye Plaza area cause #nobodygottimetowalkanymore It was more crowded at night with a lot of couples being lovey dovey #ohmypoorsinglesoul #justkidding I think it's due to the lower temperature at night. It was breezy when I was there so, it was a pleasant night to spent outside. 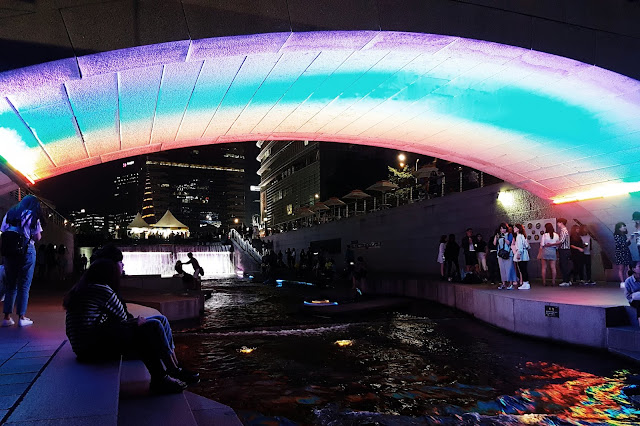 I personally like my night visit more than the day visit because there were so much stuff happening at night due to Seoul Bamdokkaebi Night Market (서울 밤도깨비 야시장) and it was really breezy. Though I have to say that I'm not sure if I want to come visit this place, again. lol!
Cheonggye Plaza Cheonggyecheon Stream Seoul South Korea 대한민국 서울 청계광장 청계천