April 29, 2018
Aaaaaaa, will always feel bittersweet whenever I think about Yoogane (유가네), especially the one in Myeongdong. I read a lot of blog posts especially by Malaysian bloggers saying that Yoogane is one of the must go restaurants whenever you're in South Korea. So, naturally, I made a mental note to go to Yoogane when I was in Myeongdong. 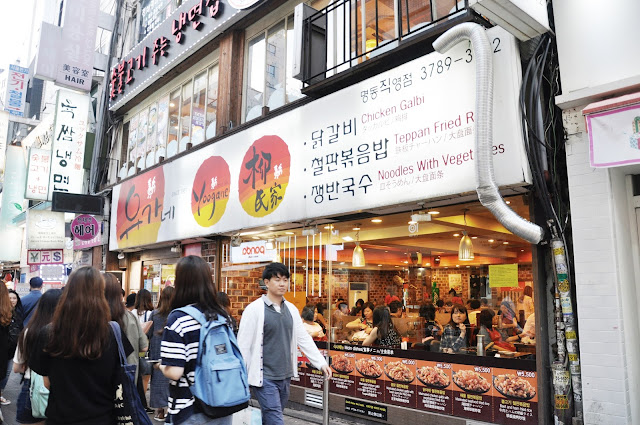 This particular Yoogane that I went was crazy packed when I came. However, I got lucky as I got a seat after 2 minutes of waiting. What a miracle, eh? However, I did not get the best seat in the house. In fact, my table was so close to the next table that it looked like we came together. The server then handed out the menu. I knew what I was gunning for before I entered the store but I pretended to read through the menu. I had no idea why I did that. lol!

Tip: For Muslim travellers, I believe the only option for us is the seafood fried rice.

Tip: Banchan (반찬) are self-served and free flow. Feel free to help yourself while waiting for your food to be cooked. 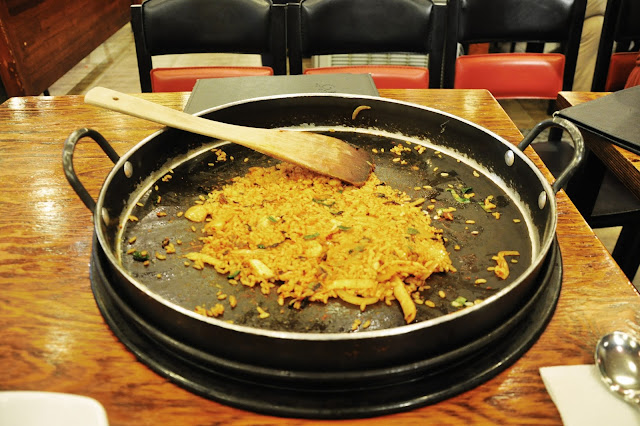 I did not get any banchan at all cause I was not interested with them. I just ate my seafood fried rice as it is. Honestly, I did not get the hype and the rave about Yoogane. For me, it tasted just okay but a lil bit weird. But then, maybe it was because I was not used to the seasonings used. So, there's that.

Portion wise, I think it was on a little bit smaller side. Or maybe because I was starving at that time. I almost cried when I first saw the portion because I did not think it will be enough for me T_T Price wise, it was definitely one of the cheapest and decent meals that I ever had in South Korea.

Service wise, I think they could do better, My server was a not-so-old ahjumma (아줌마). She wasn't the friendliest server around. In fact, she was a lil bit grumpy. Would love to give the benefit of doubt as the restaurants was constantly busy but other servers looked okay? 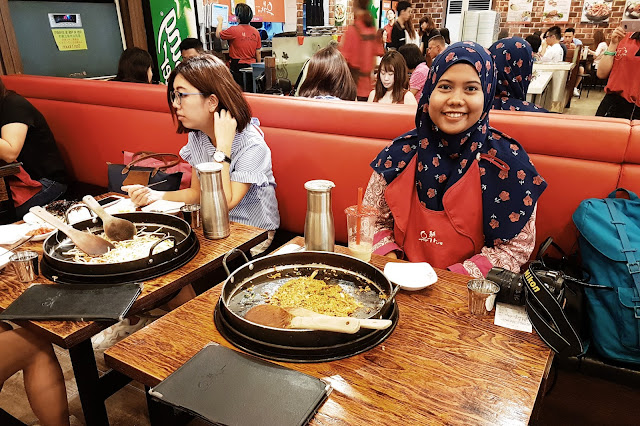 Will I go to Yoogane again if I have another chance to be in South Korea?
50-50. I would love to try other places but I'm open to the possibility of eating at Yoogane again because it is quite convenient, cheap and decent. Well, I actually had a brunch at Yoogane Hongdae when I was on my transit last year.

P.s: I was denied when I came for the second time though they had empty tables because I was alone. So, make sure you come in a group especially during the peak hours.
Myeongdong Review Seoul South Korea 대한민국 명동 서울 유가네