March 05, 2018
Went to the Town of Canmore last month on one of my days off. Initial plan was to go to the Shopper's Drug Mart and different grocery stores and to explore a lil bit of the town. However, I had to tweak the plan as it was snowing heavily out of sudden. The sudden snow led me to eating out for lunch at one of the restaurants in town instead of cooking my own lunch, as I missed my bus and had to wait for another 2 hours for the next bus. 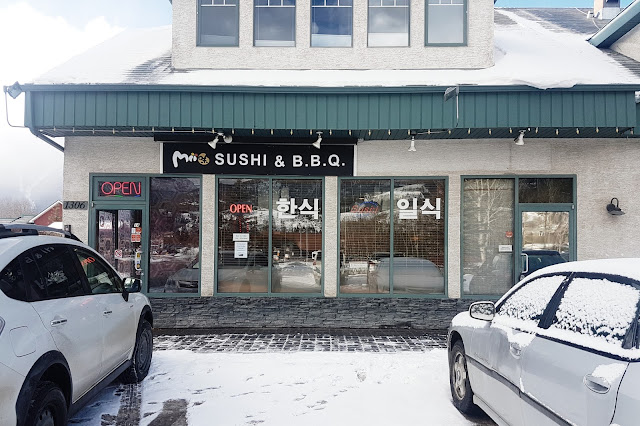 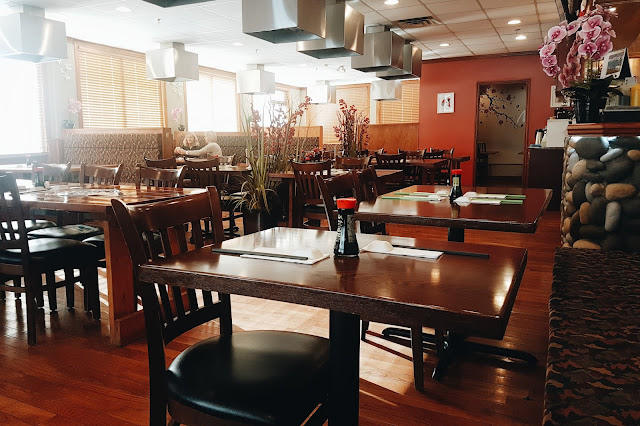 The restaurant looked very very plain outside that I actually had a small doubt about my decision to have lunch here. However, I had learnt my lesson of do not judge a book by its cover numerous time before so I decided to power through with my decision. Surprisingly, the interior of the restaurant was quite cozy and comfortable. In fact, it was one of the spacious Asian restaurants that I have ever been in Alberta. I was seated at the corner of the restaurant as I came alone (boooo!) but honestly, it was okay. I had my much needed privacy. 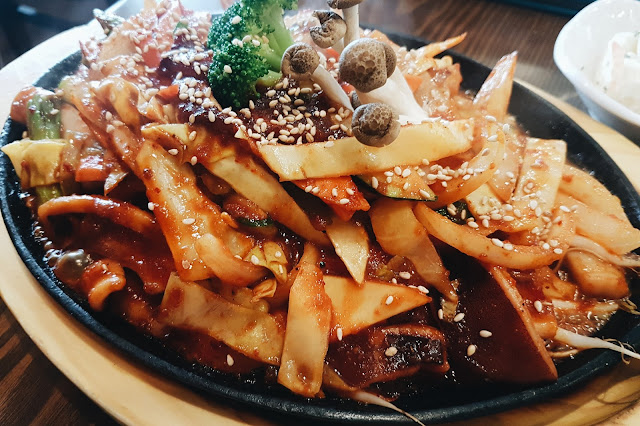 I don't think I will be coming back to Mii Sushi & BBQ for this spicy stir fried squid or for other dishes in their menu but that is because I'm trying to cut down my monthly expenses. There's nothing wrong with Mii Sushi & BBQ. I think they are as good as you can get in tourist town. They serve fulfilling dishes that worth the price tags. It just I can't afford to dine out especially when the price for a meal is more than CAD 30.
Alberta Canada Canmore Review