December 07, 2017
While You Were Sleeping (당신이 잠든 사이에) was a drama that I picked up solely because of Shin Jae Ha (신재하) as I have no interest in both of the main leads; Lee Jong Suk (이종석) and Suzy (수지). I am glad that I decided to pick up this drama as I got to watch the adorable Shin Jae Ha and I discovered a new actor to fangirl of that is Jung Hae In (정해인).

Snippet of the drama (From Wikipedia)

FYI, this is not the best synopsis but I am too lazy to write my own.

Hong Joo (Suzy) lives with her mother and helps her run a pork restaurant. Hong Joo is haunted by seeing the future deaths of others in her dreams. What's worse is that she does not know when the deaths will happen, but she tries to stop her dreams from becoming reality.

Meanwhile, Jae Chan (Lee Jong Suk) is a rookie prosecutor. He meets Yoo Bum (Lee Sang Yeob) at the prosecutors’ office. Yoo Bum was Jae Chan’s private tutor when Jae Chan was in his adolescence, but an unfortunate incident caused Jae Chan to dislike him. Yoo Bum was a prosecutor, but he now works as a lawyer. He takes on any case that brings him money.

Jae Chan and his younger brother move to new house and they become neighbors with Hong Joo. One night, Jae Chan dreams that Yoo Bum drives Hong Joo's car and this leads to a chain of events including the death of Hong Joo's mother and then Hong Joo. When Jae Chan senses that his dream is about to become real, he takes extreme action to stop it. Yoo Bum becomes furious at Jae Chan, but Hong Joo hugs him and thanks him. Aftermath of the incident, Jae Chan and Hong Joo crossed paths and work together to solve other cases. 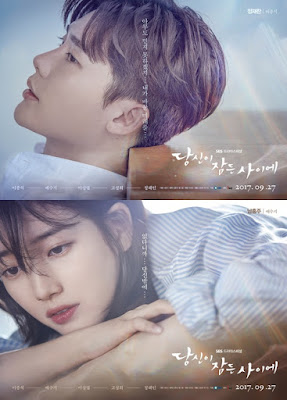 My thoughts
What a beautiful drama - literally. The first two episodes actually made me want to keep watching the drama because they were beautifully shot and thank god, I did! I mean I can easily drop this drama because as much as I love Shin Jae Ha, I don't think I have enough passion to sit through 16 episodes of Lee Jong Suk and Suzy. Having said that, I am actually happy and okay with the combination of Lee Jong Suk and Suzy, and Suzy's performance in the drama. They were fun and funny couple and Suzy's (or, Nam Hong Joo's actually) sassiness and confidence were so satisfying and entertaining to watch.

I personally liked the first four episodes and the last episode the most because they were the most interesting ones. I loved watching Shin Jae Ha with Kim So Hyun! They make such a cute couple! :) Wish we had more scenes of them together. As for the last episode, I loved it because it tugged at my heartstrings. I also loved the last episode for the way they unraveled Han Woo Tak's color-blindness. Boy, was it satisfying to watch! :)

While yes, I started watching this drama because of Shin Jae Ha, I finished this drama as a huge fan of Jung Hae In. Jung Hae In stole my heart from his very first scene to the last one. How can you not love him (okay, Han Woo Tak actually) with that kind of face and personality. My heart broke for him when he took a picture of his and Suzy's shadows.

It was a real pleasant to watch this drama despite all the minor details. I mean, we still got few questions left unanswered and there were some parts that were boring and predictable. But I think I was generous enough not to let those things affect my whole experience of watching this drama.

I highly recommend this drama because as I mentioned before, it is a very beautiful drama. Another plus point is it also has so many interesting and excellently portrayed characters. Give it a try! :)