March 09, 2020
I wanted to try the churros from Marrybrown after reading Cik Suerin's post about the said churros. I know, I got easily influenced. lol. So, off I went to the Marrybrown, klia2 during my break recently. 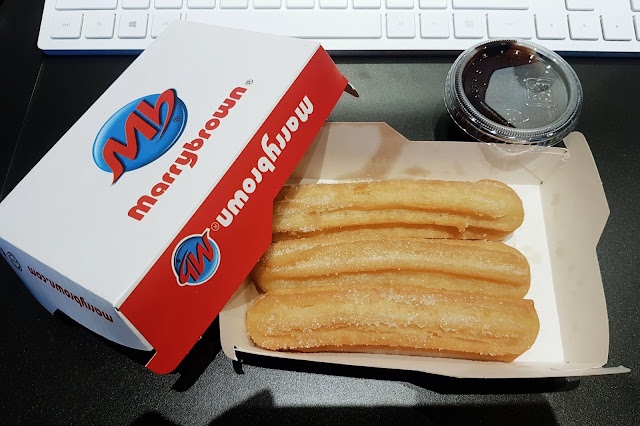 As I bought the churros at the airport, the price is higher than other outlets. Cik Suerin bought it for MYR 5.90, I bought mine at MYR 7.90 (though I paid less due to staff discount). Still, I think the price is reasonable?

I probably wouldn't buy it again but that is because I'm not a fan of dessert, not because the churros is lacking anything :)
Malaysia Review Selangor