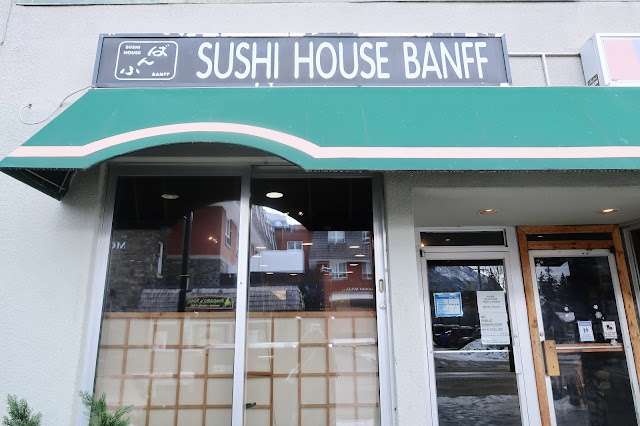 Sushi House Banff or known as the sushi train place by the visitors and locals here is a small sushi restaurant tucked in the middle of the Town of Banff. It is indeed a very small restaurant as it can only fit up to 18 people at one time. This is my go-to sushi restaurant if I'm bored with my favourite sushi restaurant (which rarely happens!). lol! 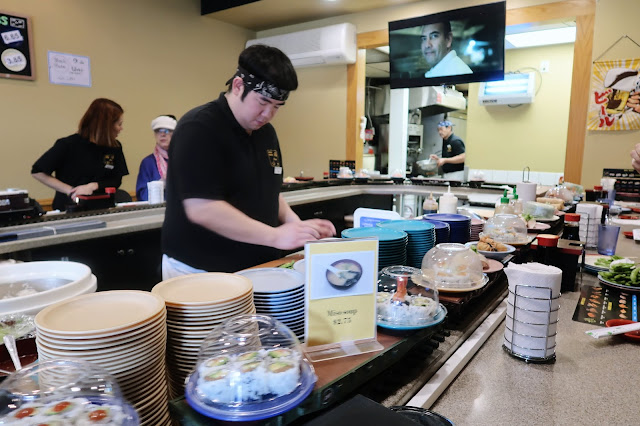 Sushi House Banff has the same mechanism like Sushi King Malaysia. It has all these sushi plates lined up on the conveyor belt and you can easily pick up the plates. You can also order sushi directly to the sushi chef if you couldn't find the sushi that you fancy. The sushi are priced according to the plate colours. When you're done, the server will count the plates and note the colours and you have to pay at the counter. Yes, they will not bring the POS machine to your seat :p 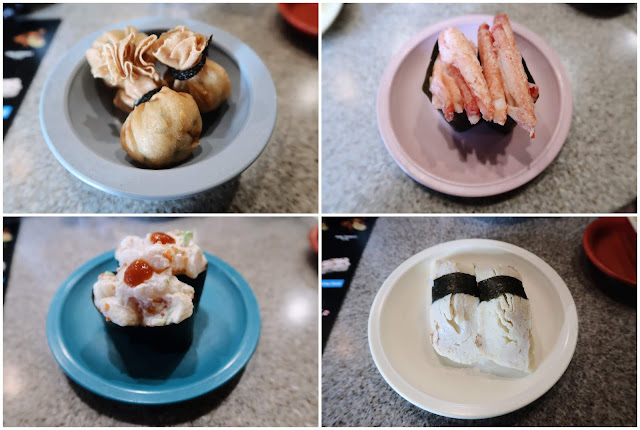 Sushi House Banff offers a limited number of options, which is why I rarely come here. On this particular visit, I picked Shrimp Purse, Snow Crab Leg Sushi, Spicy Scallop Sushi and Tamago Sushi. All of them were good but didn't make to my favourite list. Having said that, I have to say that Sushi House Banff has the best wasabi among all the sushi restaurants that I have been to in Canada.

I don't think I'll be coming here again but it has nothing to do with the restaurant itself. It is because my time in Banff is running out. Less than three months before I say good bye to this beautiful place. I know I'm going to miss the wasabi at the Sushi House Banff once I left ㅠㅠ
Alberta Banff National Park Canada Review Town of Banff