August 20, 2018
I didn't plan to go to CUBE Entertainment (큐브 엔터테인먼트) when I went to South Korea because the only two CUBE artists that I listen to are B2ST (currently know as Highlight) and BTOB and I'm just a casual fan of them. However, I met 2 girls that I known during a concert in a subway and they told me that CUBE Entertainment is near to COMMON GROUND (커먼그라운드) So I thought, "Oh okay, pergi jelah kalau dekat. Buat cukup syarat je." 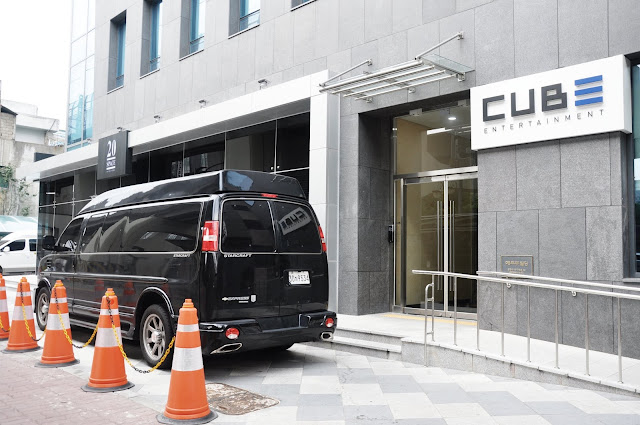 I think it's only a stop away from COMMON GROUND but of course I was such a dumb person for I walked to CUBE Entertainment instead of taking a subway. Stupid decision because it's not that close if you're walking. Or, maybe I just had a terrible sense of distance. Think it took me almost 20 to 30 minutes to walk to CUBE Entertainment from COMMON GROUND. 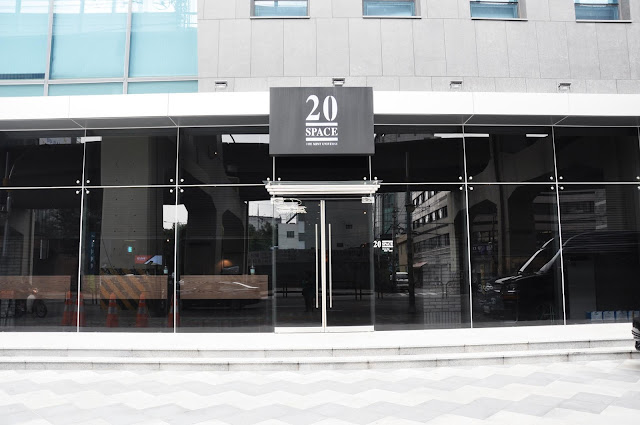 According to the girls, CUBE Entertainment just moved to this building that year and they also just opened a cafe called 20 Space Cafe (20 스페이스) for the fangirls out there! Pretty sure that was a good decision on their part because they could easily rip off money from the fangirls.

I don't consider myself as a fangirl that goes and buys everything that my favourite artists endorse or own, but I did buy something from the 20 Space Cafe. I bought an apple juice as I need to rehydrate myself after walking under the hot weather for at least 20 minutes.

And, that was when I knew that they actually ripped off money from the fangirls. I paid KRW 4,000 for a small bottle of apple juice and a cup of ice but I think I saw the same apple juice being sold for KRW 1,500 at convenience stores. 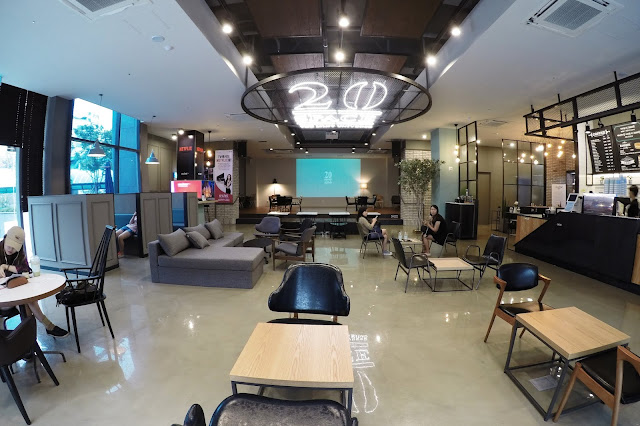 Putting the price aside, I think the cafe is quite spacious and cozy. I personally don't think the cafe is special or superior than any other cafes in Seoul because I've been to few other cafes and they are way better than 20 Space Cafe. The only thing that I personally liked about this cafe was the cold air-conditioner. What a treat! I think the main selling points of this cafe are; they are owned by CUBE Entertainment and they are located in the same building of CUBE Entertainment which increase your probability to get a glimpse of your favourite idols. That's about it. 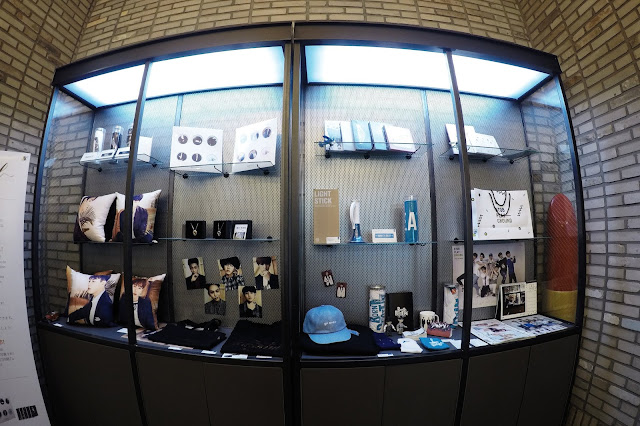 Additionally, I think (I'm not really sure) they are selling the official merchandises of CUBE Entertainment's idols. Like on the displays, they were displaying official BTOB's merchandises. If you're a hardcore fangirl, this might be your thing. But not for me. Also, pretty sure they will play songs by CUBE Entertainment's idols non-stop. When I was there, they played B2ST and BTOB's songs, so I was happy :D

I didn't get to see any members of B2ST and BTOB but I did see few trainees. I don't know them so I didn't even bother to check them out. Haha. However, I believe they were quite famous trainees as few girls in the cafe were whispering to each other when they see them. One of the girls also gave one of the trainees a gift.

And this is a totally irrelevant note but I didn't like the attitude of those trainees. Some of them were nice and respectful but few of them were so arrogant and full of themselves. They were way worse than Hoshi of SEVENTEEN but at least Hoshi has debuted and SEVENTEEN is quite a big name.
20 Space Cafe 20 스페이스 CUBE Entertainment Review Seoul South Korea 대한민국 서울 큐브 엔터테인먼트