December 31, 2017
I'm working on my personal reflection of this year but I'm not sure if the post will see a light or not cause it may be uncomfortably personal to be shared with the strangers on the internet. So, while I'm still contemplating about publishing my personal reflection of this year, I thought to myself, why don't I give Farah, The Fangirl a space to evaluate her life as a fangirl?

This is Farah, the Fangirl. For a lack of better words, 2017 was achingly bittersweet for me. Honestly, 2017 was such a real emotional roller coaster ride. So many things happened - good and bad, happy and sad, that I can't help but to feel completely drained and overwhelmed at the end.

I had a time of my life when I got to attend 3 shows of Sweet Sorrow's Harmony Concert and met them at the backstage. As shallow as it may sound, it was one of my life highlights for this year. It took me around 3 months before I completely moved on with my life! I know it was unhealthy to take that long to move on but I can't help to react that way after 7 years of waiting and wishing it to happen.

However, I also had a fair share of disappointment when I had to miss WeAreYoung's first concert in South Korea, SEVENTEEN's Diamond Edge Concert in Toronto and  Antenna Music's With Antenna: The Label Concert Concert in New Jersey. While money was not really a problem, time and distance were the absolute obstacles. From a fangirl perspective, often, I was at a wrong place at a wrong time. Yet, realistically, I was actually at a right place at a right time.

2017 might be my slowest year as a K-pop / K-music fangirl and I think I'm okay with this fact? I'm actually quite happy because I'm no longer emotionally invested like I used to. I did not really listen to the recently released songs. I did not watch any performances of any music shows. In fact, I have yet to listen to Super Junior's album though I still (reluctantly) identified myself as an ELF. Well, it's not only Super Junior, I have yet to listen to EXO's, SEVENTEEN's, and BTS's new albums as well. 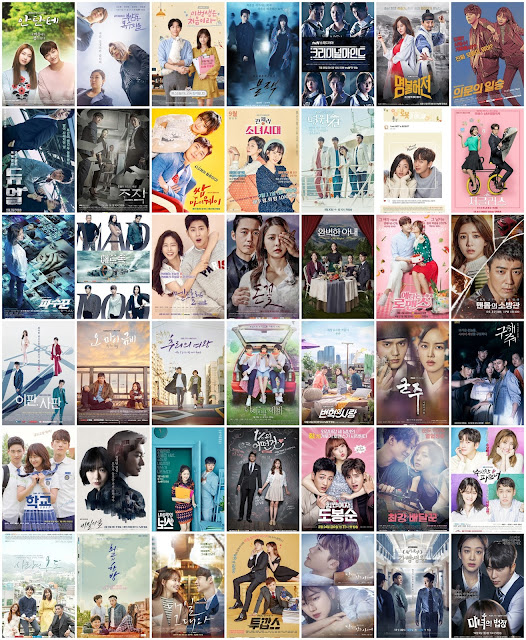 It was a different case for K-dramas. I think I watched too many K-dramas this year, now that I started to lose interest in K-pop. The number of K-dramas that I finished watching this year was insanely unhealthy. If you read the Happy 3-Month Anniversary, you can see that I actually watched almost 24 dramas in 3 months! There are still quite a lot of K-dramas that I want to watch but I have to put them on hold simply because I don't have enough time.

I watched almost none K-variety shows this year. I stopped watching Running Man ages ago. I have yet to pick up any new K-variety shows though I'm interested with few of them. I may have watched those short K-variety shows here and there like 3 Meals A Day and Winner's Youth Over Flowers but the only show that I'm following religiously until now is 2 Days 1 Night. Too bad it's been awhile since 2 Days 1 Night aired a new episode :/ 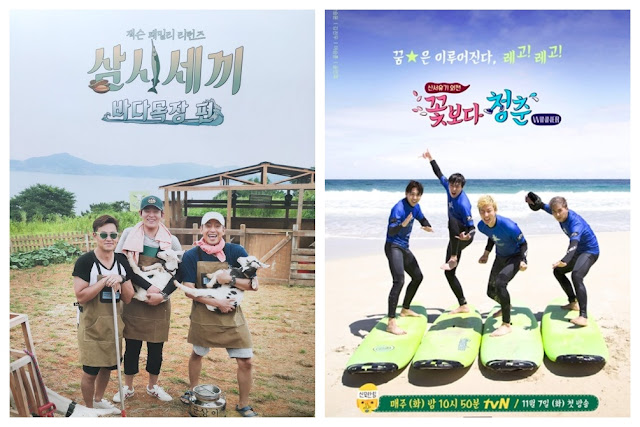 K-entertainment news that affected me the most

Sung Jin Hwan's departure from Sweet Sorrow
I almost cried when I came back from this work to this news. I refrained myself from crying because I didn't think it was my right for me to cry. His reason of leaving Sweet Sorrow and music industry was far more important than my feelings! Sung Jin Hwan indirectly played a big role in my last teenage years and early 20s. He was the soothing and calming voice whenever I struggled with my life in Subang Jaya and Canada. My heart still hurts whenever I think that he is fighting so hard with his inner demons all this while while smiling and making jokes all the time. With unfortunate incidents keep happening in South Korean entertainment industry recently, I earnestly wish he will not be triggered!

Kim Joo Hyuk's passing
I saw an Instagram post of Kim Joo Hyuk's passing written in Hangeul when I was at the work. I had to refresh Soompi for few times to get a confirmation cause my Hangeul is still not that good and I wanted to get more details. I cried a bucket when Soompi updated the news. Didn't know that I will get affected that much because honestly, I do not consider myself as his avid fan. He may have slipped into my subconscious mind whenever I watched 2 Days 1 Night that I felt a void and so beaten when I read the news. Or maybe because I just finished his new-and-last drama 2 days before his passing.

Super Junior's Choi Siwon and Bugsy's controversy
Aaaaaa, Choi Siwon! What could have been?! If you guys have been following my since few years ago, you must know that Choi Siwon is the one who dragged me into this madness that is K-pop. I have mindlessly waited for him for 2 years to finish his army service and make a glorious comeback. But, all the time spent waiting for him kinda went into a drain when his dog's controversy came to surface. Now that I think about it, this controversy may act as a catalyst of my loss of interest in K-pop in general. Consequently, I sadly have to say that Choi Siwon is no longer my ultimate bias!

Good bye Siwon! It has been a fun 7 years but I think this is it. This is the end. I may not like you like I used to but you may find me smiling and laughing at you sometimes. It's a habit. Please don't misunderstand! :p

SHINee's Onew's controversy
I'm a casual fan of SHINee or Onew to be exact. I listen to them whenever I'm tired hearing my favourite songs or when they released a song that suit my taste. So, I was utterly speechless when I read the news about his sexual harassment controversy. SHINee's Onew might be one of the last SM's idols that I would think of to be involved in this kind of controversy. Not that I have any expectation of him but it felt this incident happened out of nowhere.

SHINee's Jonghyun's passing
Just when I thought 2017 could not get any worse, this happened. Jonghyun's passing felt like a wake up call and a reminder that these idols are human too and they have their own struggles - not like I think of them as a lesser being or a product all this time. Can't never listen to SHINee the same way again :/ His passing also brings mental health problems into a light again. While I was quite sad with his passing, I think his passing was a great reminder to all fans around the world that you may have no idea what's happening with your idols behind their stage personas. So, please don't judge a book by its cover and please remember to be kind, always!

To everyone who's struggling and fighting your inner demons, please remember that you matter and someone in this world loves you more than you love yourself!
Personal