October 04, 2017
I was lost while making my way to the Hongdae Free Market (홍대 프리마켓) and I accidentally discovered this indie band called WeAreYoung (위아영) when I was busy looking for the right direction. I absentmindedly watched their rehearsal and was intrigued to know more about the band (cause I love their music - it is totally my style!) that I decided to show up during the actual show. Did not regret my decision at all though I have to cut my visit to Hongdae Free Market short and change my whole plan for that day. 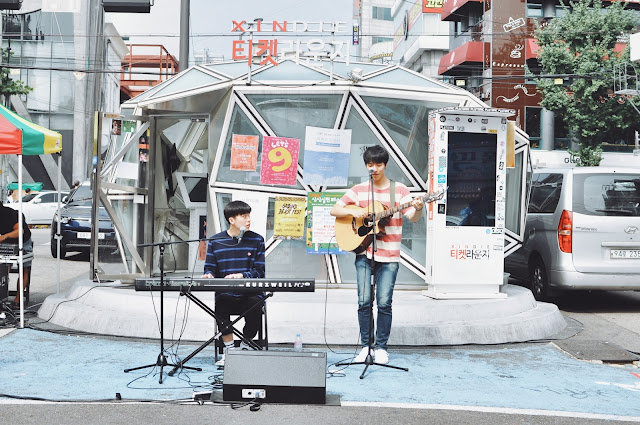 They had just a nice 45-minutes performances with most of the songs are cover songs. If I remember correctly, they only sang one or two of their own songs. However, I can be wrong too as I did not understand the whole ment that they had during the show. lol! I think this show was a part of series of introducing relatively new and well-known indie bands who have been performing at coffee shops all over Hongdae. Additionally, I think the show was meant to hopefully introduce them to a larger crowd before debuting.

Right after the show, I approached their manager (I think) and asked for their Facebook page cause I felt that I might need my dosage of WeAreYoung once I left South Korea. The manager was so nice and polite. He helped me to search their Facebook page and introduced me to the members, Kyungmin (경민) & Kihoon (기훈). Both of the members came across as quite shy but I think Kyungmin was too shy while Kihoon was a lil bit more bubbly and cheerful. We only talked for a bit (#languagebarrier) and took picture after that :) 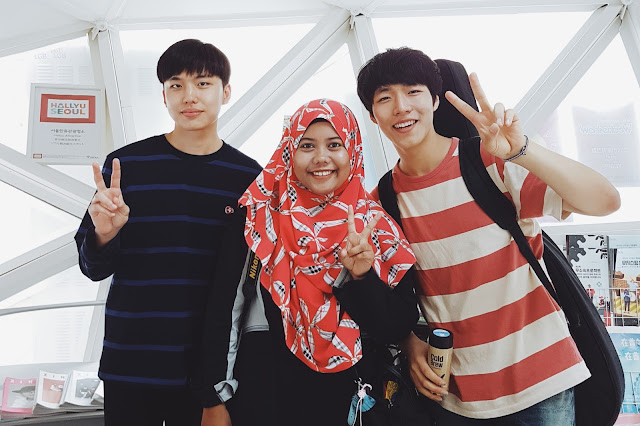 Aside of knowing another K-indie band, I think this was one of the incidents that exemplify the beauty of travelling for me, personally. I find that it is okay to be lost (literally and figuratively) and not knowing where you should go next as you move along sometimes. I also learn that best-laid plans often fall apart. Well, I am not saying that I had the best-laid plans during that time but at least, I had a plan. And it fell through. Big time!  I also like to think that sometimes detours and bumps that you had along your way are meant to lead you and show you something new, interesting, and unexpected. A girl gotta find a silver lining, right?

P.s: They just released a new single yesterday and I love it so much! :D