June 30, 2020
I have been to South Korea, namely Seoul few times and every single trip, I went alone because it was hard to find anyone else to accompany me. As such, it was hard for me to go and eat at restaurants in South Korea as quite a lot of them were not solo-friendly (I had being denied few times) or I had to order for 2 as they had minimum order. 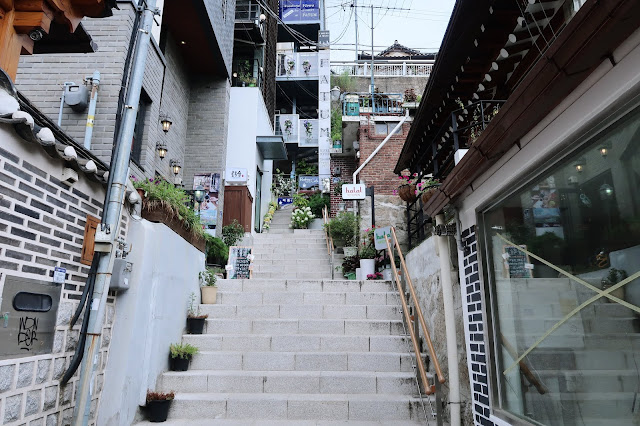 Staircases to the Halal Kitchen, Samcheong-dong


So, I was truly grateful when my friend whom I had barely interacted with after I left for Canada for second time, invited me to join her and her friends for lunch when I was in Seoul last year. I suggested that we go for lunch at the Halal Kitchen, Samcheong-dong because I have always wanted to try the food at the Halal Kitchen, Samcheong-dong :)

Finding the restaurant was not hard because I was familiar with the area. I think it's hard for you to get lost once you have arrived at the Samcheong-dong. You just have to keep your eyes open, okay? :) 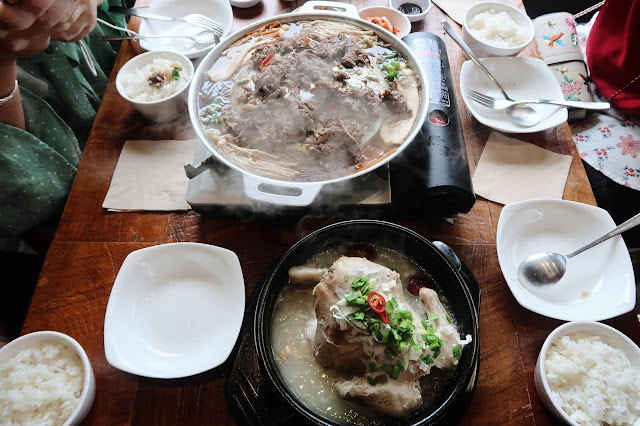 So, my friends and I went for a late lunch. Thankfully, Halal Kitchen was still open (they have specific break time that you should check before you go) and they had enough space for five of us. Alhamdulillah. Deciding what to eat was also breezy as they only had two things in their menu; Bulgogi (불고기) and Samgyetang (삼계탕). 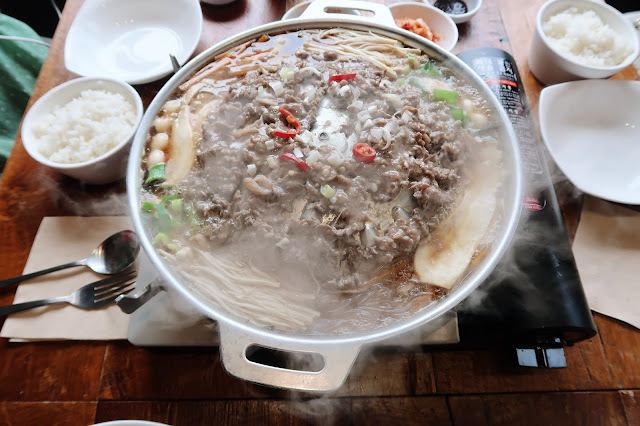 As Halal Kitchen required minimum order, we ordered Bulgogi for 2 pax and Samgyetang for 2 pax. I personally was surprised when the Bulgogi came because it was similar to the Bulgogi that I watched in Baek Jeong Won's Alley Restaurant! Have always wanted to try one ever since I watched that episode.

The Bulgogi was so good, so delicious. The meat was juicy, the vegetables were fresh and the soup was flavourful. I can't get enough of it. It was probably the most delicious bulgogi that I have ever had in my life. *salivating while typing this post 😋* 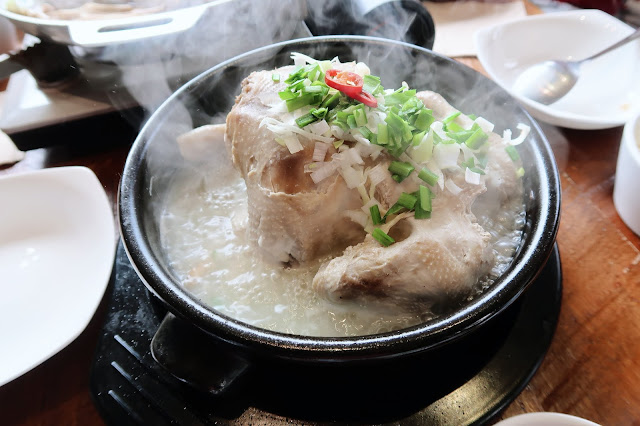 The Samgyetang was delicious too but the Bulgogi stole my heart that I think the goodness of the samgyetang was pale compared to the Bulgogi. One thing that I would like to highlight about the Samgyetang, it didn't taste medicine-y like I expected to considering ginseng was one of the ingredients. Also, as shallow as it sounds, I felt so Korean when eating the Samgyetang 😛

Service wise, I would say it was quite exceptional because they offer something similar to slow dining experience. The chef will come to each table and explain about the dishes to everyone. He also will explain the best way to enjoy the enjoy the dishes. However, if you don't fancy something like this, you probably wouldn't enjoy the service as much.

Price wise, I would say they were on the expensive side. Also, you still have to order at least for two ㅠ_ㅠ. If you want to pay less, you have to come with a lot of people so that it will average out.

All in all, I would love to eat again at the Halal Kitchen, Samcheong-dong though it probably will make my wallet bleed. I crave for their bulgogi. Their bulgogi is something that I would like my parents to try. Hopefully it will be soon, once this COVID-19 has died down a little bit?
2019 South Korea Review Samcheong-dong Seoul South Korea 대한민국 삼청동 서울