It is hard to miss the Manis Kitchen as you'll pass by the shop if you're heading to the Seoul Central Mosque (서울 중앙성원). After all, the shop is painted with Selangor's colours. #justkidding 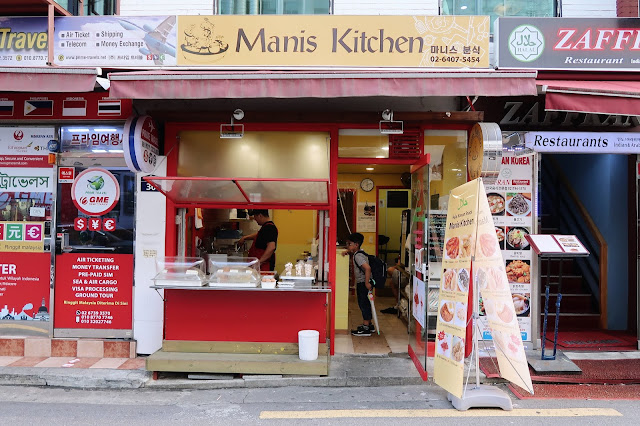 
As far as I know, Manis Kitchen is the only halal snack bar in South Korea or in Seoul, at least. They serve halal street food. So, this is the place that you want to go if want to eat halal everything. I believe the menu are seasonal so they probably will serve different type of snacks depending on the seasons.


I went to the Manis Kitchen in summer so I missed out some things that I really want to try as they were not available. Additionally, I went there after I had my late lunch so I can barely squeeze in any more food into my stomach. lol. As such, I didn't get to try a lot of things. 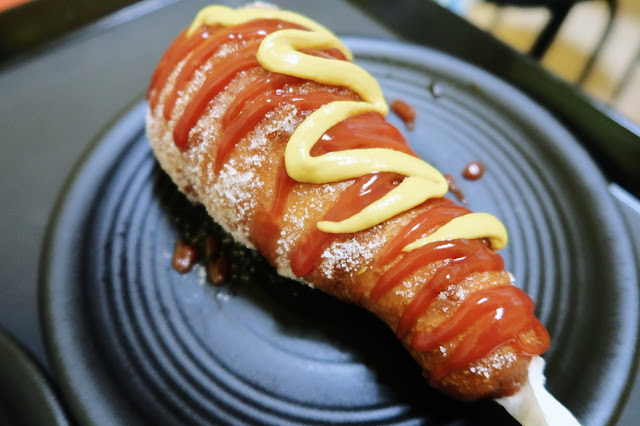 
Had my first Korean-style corn dog here at the Manis Kitchen after continuously watching Eric-dog in 4-Wheeled Restaurant. Haha! The corn dog totally made my day! It was so delicious and came out as a good surprise. I didn't expect the corn dog will taste that good but thankfully it did! I mean, I can't never imagine eating a hot dog with sugar? And the cheese was really stretchy! Yeay 😋

I was contemplating to order another one but I didn't because I was just too full. Anyway, I sent a video of me eating the corn dog to my sister and successfully made her jealous! 😆 #siskejam 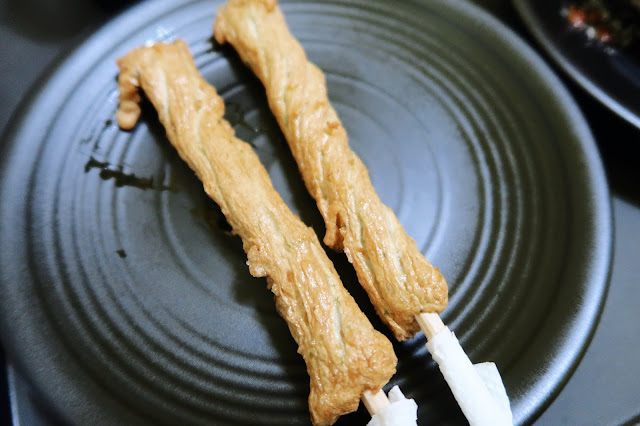 
I ordered this fried fish cake sticks by mistake. I guess my brain did not function properly at that time. I was expecting an eomuk/odeng. So, can you imagine my disappointment when they came out instead of eomuk/odeng? 😭 Having said that, they tasted similar to the croquettes that I had in Busan back in 2016, which I actually loved. #justsoyouknow

Apparently, Manis Kitchen does not serve eomuk/odeng in summer ㅠㅠ My heart broke into pieces when I learned about this fact because I'm a huge fan of eomuk/odeng! Hopefully, they will consider to put eomuk/odeng in their regular menu in the future. Pretty please 🙏

Insya Allah, if I ever get another chance, I surely want to go to Manis Kitchen again as I want to try other things in their menu :)
2019 South Korea Itaewon Review Seoul South Korea 대한민국 서울 이태원