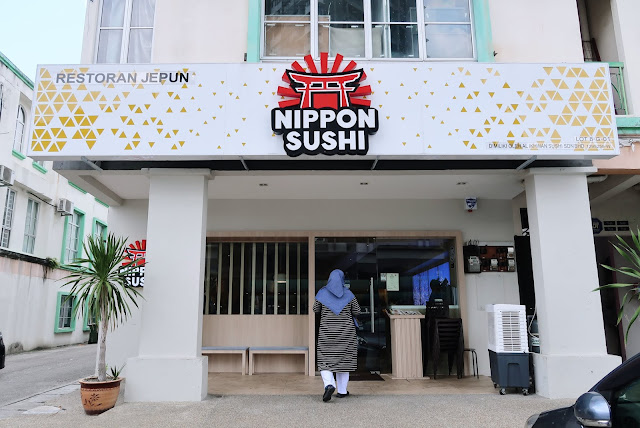 When Nippon Sushi, Bandar Baru Bangi went viral one or two years ago, I made a mental note to pay a visit to the restaurant. After all, I'm a #hantusushi. To make my mission of visiting the restaurant easier, I promised my sister who happens to love sushi as well that I will treat her at Nippon Sushi, in order to make her drive us there #nasiborangtakdelesen #hidupkenabijak

So, off I went to the Nippon Sushi, Bandar Baru Bangi with my sister few weekends ago. 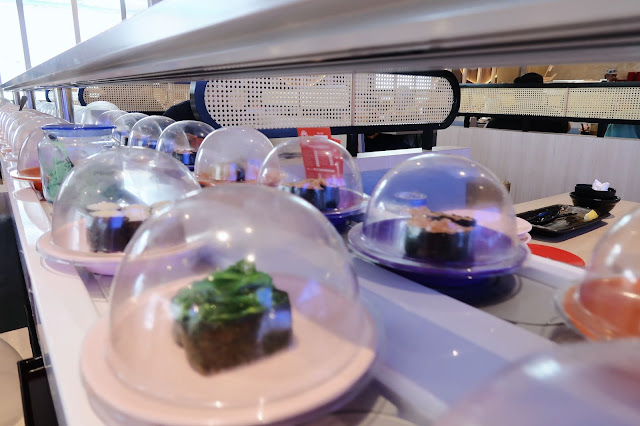 Tip: I would recommend you to make a reservation before coming as I heard the restaurant tend to be full almost all the time.

It was almost full house when we were there. We were lucky that we got seated right after we arrived. Too bad that the only place available at the time was the one nearest to the entrance. lol.

Anyway, we ordered various things. I was ready to fork about MYR 400 because both of my sister and I are #hantusushi but apparently, my sister's appetite was not as big as I thought. So, our bill only came up to MYR 129.53. If I were to come alone, I probably can easily spend about MYR 200 by myself? :p 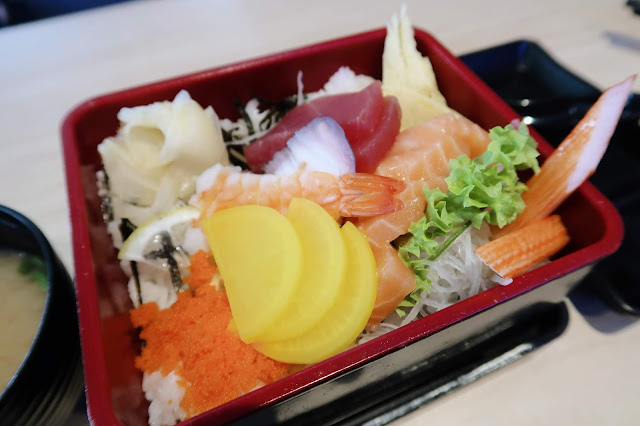 This was my sister's. Had no idea how it tasted like but one thing that I noticed was they gave generous portion. Really worth the price tag! 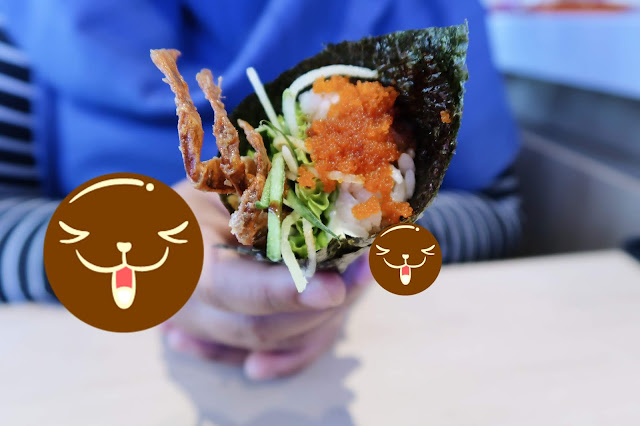 This was my sister's as well. Again, not sure how it tasted like because I was not even bothered to try. lol. 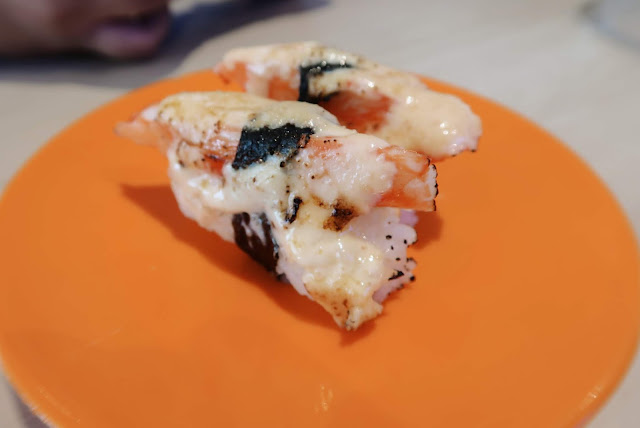 Again, this is my sister's. Didn't get to taste them but I believe they were good because all sushi with mentai sauce that I tried that day were so good! :D

PSA: The prices that I put here may or may not inclusive of tax. I know some of them are final price while the rest of them of are price before tax. It just I don't know which is which. 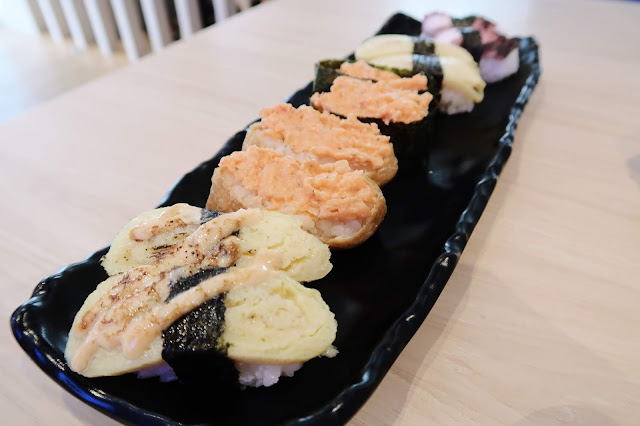 Loved all these sushi especially the ones with Mentai sauce. Highly recommended! The only thing that let me down was the sushi size. I do think the sushi size here is smaller that what I used to. 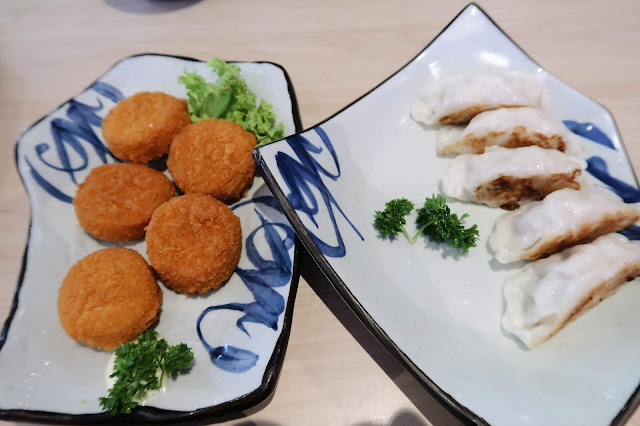 Hotate Furai came as a nice surprise because they were so similar to what I used to have back in Guelph. So much love for them! <3 Ebi Gyoza were an okay. They were quite fulfilling though. Anyway, I loved the texture but they were a bit dried at some parts. So, there's that. 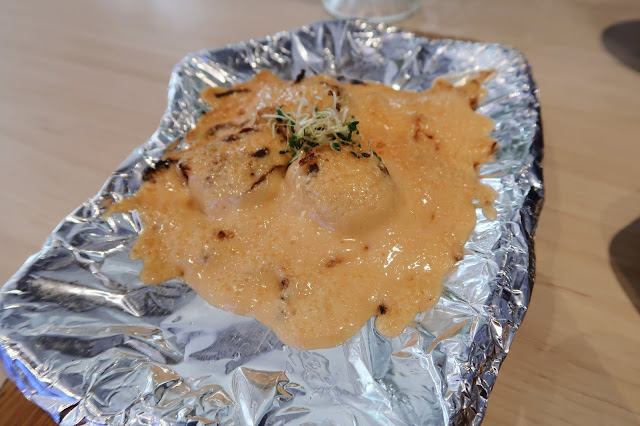 Hotate Mentaiyaki was my top pick of that day! They were so good that I almost cried. Please do order Hotate Metaiyaki if you're a fan of scallops and Mentai sauce <3 The only let down was there were only 3 to 4 scallops, I believe. Quite expensive if you think about the price.

Service wise, it was quite slow? I believe it was due to the high number of customers. Had to wait for quite some time before our food and drinks got served.

Price wise, I would say standard but leaning on quite a high end? I personally found some of the prices are quite high like Watermelon Juice, Ebi Gyoza and Hotate Mentaiyaki but the rest of them are standard.

Portion and size-wise, they were a hit and miss. While they gave generous portion for Chirashi Sushi, I found the sushi size is smaller than average or smaller than what I used to. So, that's quite a let down.

Overall, it was quite a delightful experience. I probably will come again (if someone is willing to drive me, lol) to the Nippon Sushi because I love few things that they offer and I would love to try other things in their menu.
Malaysia Review Selangor 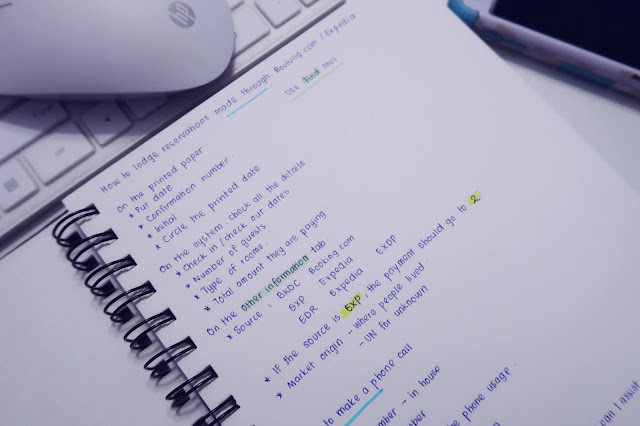 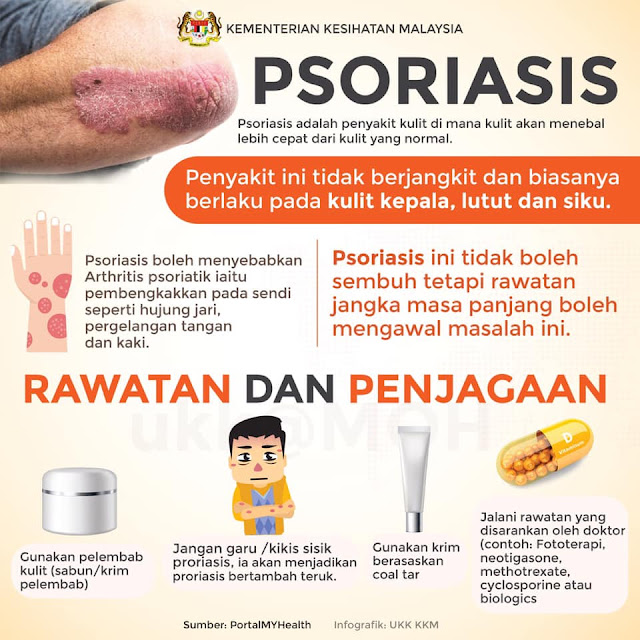