April 22, 2019
I was a huge fan of Super Junior and EXO few years back. So when I was in South Korea, I thought I would like to visit at least one place related to them. However, SMTOWN @coexartium was not on my list. It was all by chance and alang-alang approach that brought me to the SMTOWN @coexartium.

I got a ticket for a Music Bank concert at Gangnam and the concert took place at the road opposite the SMTOWN @coexartium. So, I thought to myself, "Okaylah. Dah alang-alang sampai sini kita pergilah tengok ada apa dekat SMTOWN @coexartium ni. Kata K-pop fangirl :p" Disclaimer: While I do call myself a K-pop fangirl (or K-music fangirl, to be exact), I would like to think that I'm not that fanatic. The only thing that I am willing to do for my favourites is to attend their concerts and showcases (I usually think about 100 times before buying the tickets, though this does not apply to Sweet Sorrow). I don't really buy their albums, merchandises, products endorsed by them or whatnot. Having said that, I do own maybe 2 K-pop albums (LUNAFLY and SEVENTEEN) and a set of Sweet Sorrow's postcard. That's about it. 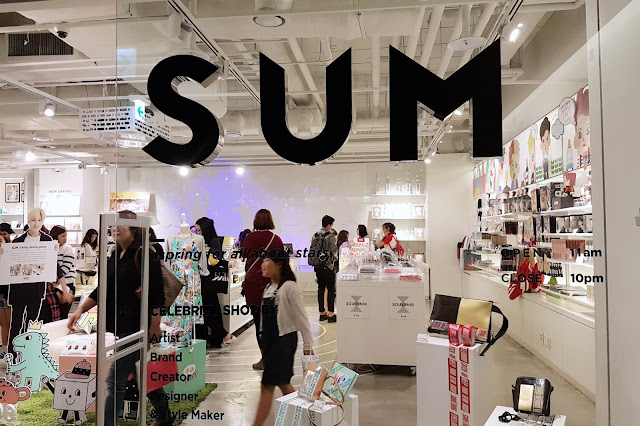 After the concert ended, I went straight to the SMTOWN @coexartium. Unfortunately, it was not a wise decision because other hundreds people were thinking the same thing as well. SMTOWN @coexartium was crazy packed that night. I was so overwhelmed with the number of people that I decided to leave after visiting the SMTOWN GIFT SHOP: SUM. 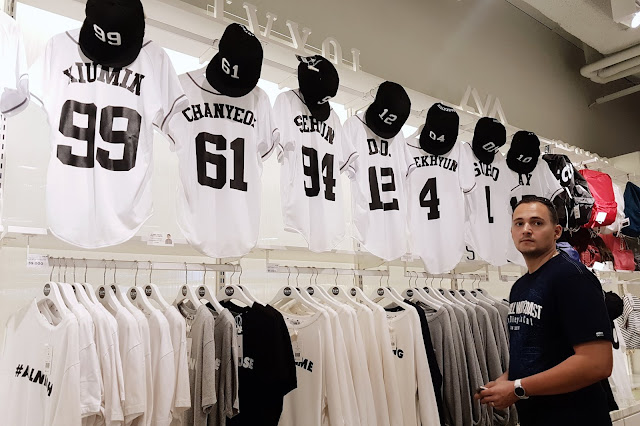 Tip: Few staff at the SMTOWN Gift Shop: SUM were quite rude and judgmental. My advise is try not to make any eye contact with them. lol

I think the SMTOWN GIFT SHOP: SUM would be heaven to those hardcore fangirls cause you can find everything that is related to the SM idols. Y'know those outfits wore by your oppas and such. Stuff like that. As for me, I didn't buy anything because I was short of money and nothing fancy me. 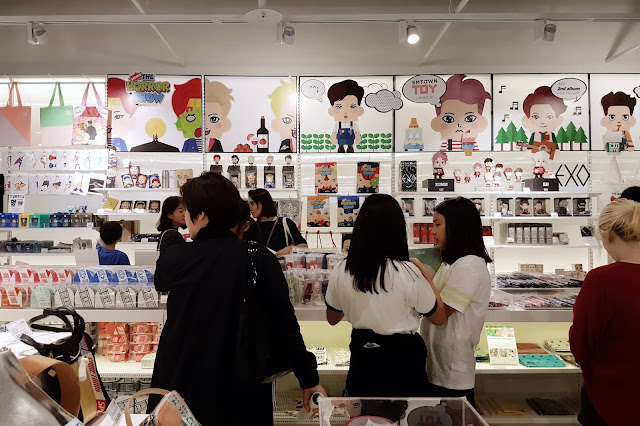 Tip: I was told that you are not allowed to take picture (?) and video in the SMTOWN Gift Shop: SUM. Not really sure if this is widely implemented or not because I still saw few girls were recording videos and taking pictures when I was told off not to by one of the staff.

I didn't get to see the other floors because I was there about an hour-ish before the closing time and they put a notice that no more visitors allowed beyond second floor. I was quite bummed because I didn't get to go to the SMTOWN CAFE and SMTOWN MARKET. Honestly, I was far more interested to see these two places than the gift shop. However, luck was not on my side. Kita redha sajalah kan :)

If you were to ask me, would I go to the SMTOWN @coexartium again? My current answer is no because I'm no longer invested in any SM idols like I used to. Also, I think SMTOWN @coexartium does not have a pull factor that makes me want to go again.
Gangnam Seoul South Korea 강남 대한민국 서울