April 20, 2019
Gwangjang Market (광장시장) was one of my favourite places in Seoul, South Korea simply because I love the vibe. I would say there was nothing special about the place but I just loved it there. Maybe because it gave an idea how regular Korean's life looked like especially the elder ones'. 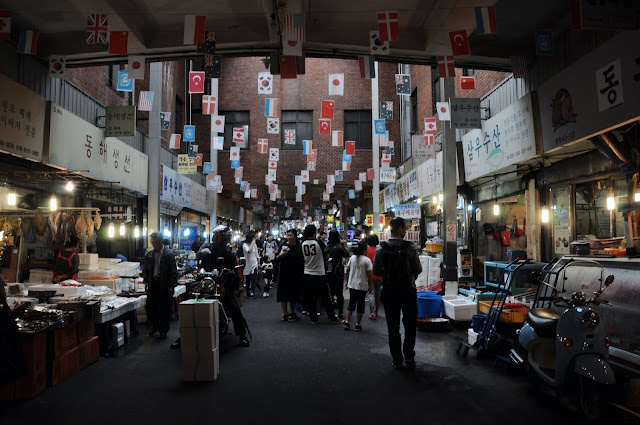 I think most people would go to the Gwangjang Market to taste the traditional Korean food like bindaetteok (빈대떡) and mayak kimbap (마약김밥) or to shop for hanbok (한복). At least, that's what I saw or what I have been told when I was there.

Tip: You might not want to spend too much time at the food alley in the Gwangjang Market if you're the kind of sensitive about anything pigs. This is because there were a lot of stalls selling jokbal or pig trotters (족발) 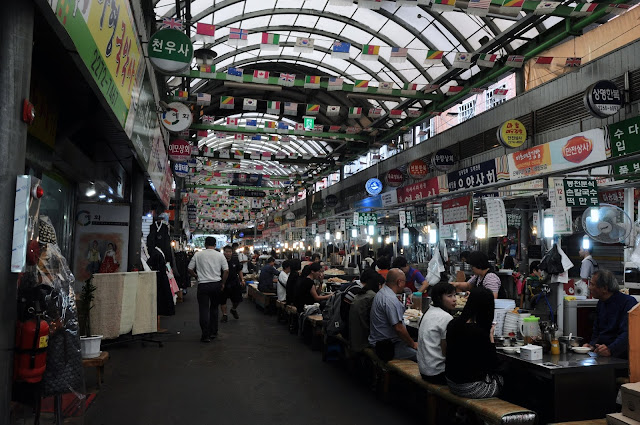 I didn't get to explore the whole market so I had no idea how big this market is or whatnot. Honestly, I did not even spend too much time here. I only strolled around few alleys. The first alley that I went to was the food alley because I wanted to see what kind of food they offered. The food alley tends to be crowded especially in the afternoon or at night. I knew this because I went there few times at different times. lol :p

I also strolled along the hanbok and clothing alley (?) but didn't walk until the end because most of the shops were closed and the alley was quite dark even in the afternoon #penakut

Besides that, I went to this one alley that sell banchan and live seafood. Some sort of wet market. Like the hanbok and clothing alley, I didn't walk to the end because the floor was wet and it smelled fishy. Had to avoid it because I planned to go to other places that day and I didn't want to smell fishy. 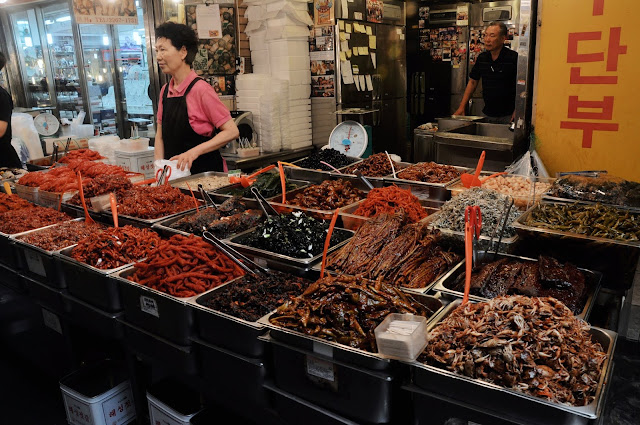 For example, the imu-nim in the picture above was calling me non-stop to try their banchan. I politely declined and told her that I have diet restriction. However, she kept persisting while holding my hand and said, "No pig. No meat. I give you octopus." At the end, she successfully fed me one of the raw octopus banchan.

I honestly wanted to cry at that time because I don't eat raw food and I don't even know what ingredients that she used to make the raw octopus banchan. I can only hope there's no haram ingredients.

So yeah. That was an interesting experience of mine at the Gwangjang Market. Something that I still remember until today.
Gwangjang Market Seoul South Korea 광장시장 대한민국 서울