April 15, 2019
I went to the Dongdaemun Design Plaza (동대문디자인플라자) few times when I was in South Korea. I went there few times mainly because I used the nearest subway station exit and I went shopping and people watching at few malls and market nearby. Unfortunately, I didn't get to properly go into the building because it didn't cross my mind.

All the pictures that I uploaded here were taken on my last night in South Korea. Dongdaemun Design Plaza has distinctive charms both during day and at night but I would suggest you to go at night so that you can see the ever famous DDP LED Rose Garden. 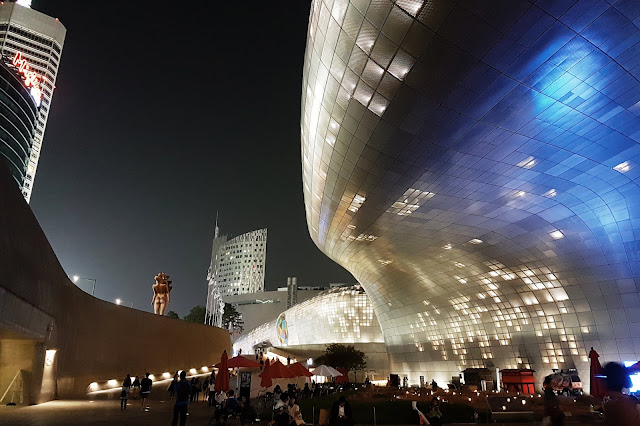 Tip: Go to the Doota Mall and have a seat to see the Dongdaemun Design Plaza from above. You'll enjoy the view. Also, this is one of the best spots for people watching.


On this particular visit, my aim was to see the ever famous DDP LED Rose Garden and alhamdulillah, I've managed to fulfill my goal. There wasn't many people around when I was there so that was a happy news. Less crowds means less photobomb when taking pictures :p 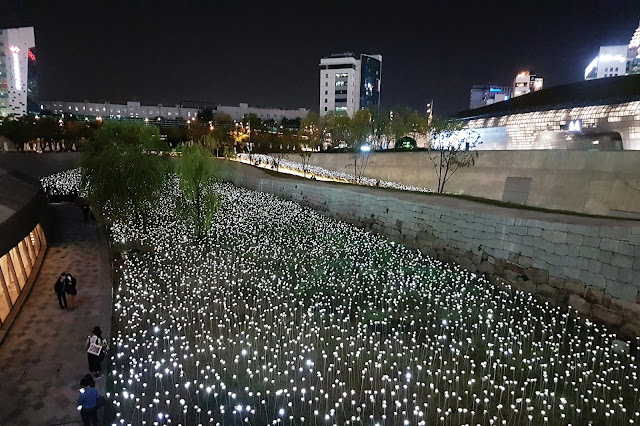 Tip: If you have hati tisu, please don't come alone as you probably will fee like a loser because most of the visitors here come with their friends or significant others. 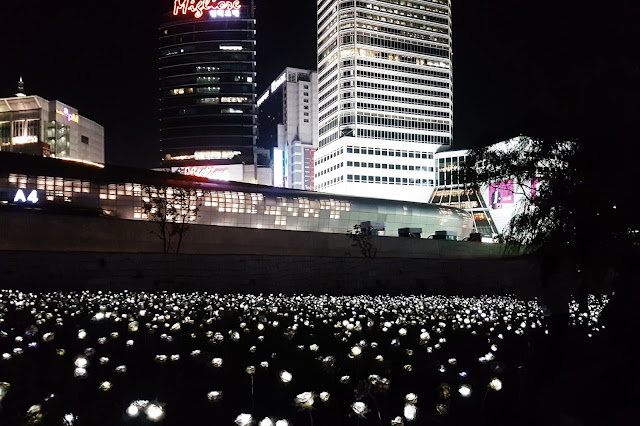 Tip: Some parts of the DDP LED Rose Garden are quite dark and isolated so please be extra vigilant.

I personally don't think that I'll come here again if I were to go to South Korea again. Mainly because I've been to this place too many times though I have yet to explore the plaza itself. Having said that, I wouldn't mind to come here if I have a solid reason :)
Dongdaemun Design Plaza Seoul South Korea 대한민국 동대문디자인플라자 서울