Funny Realization About How (My) Feelings Work

April 13, 2019
This is like an open secret to my close friends, but I had only one crush in my entire twenty-something existence. I always said it was a 7-year crush because I decided to stop having a crush on him after 7 years but truthfully, it wasn't a full 7-year crush. He didn't really cross my mind in that 7 years but I was usually reminded that I had a crush on him at least once a year. That's it.

I do, however remember that back then, I always get giddy whenever he liked my Instagram posts or whenever he sent DMs to me though he was asking boring and normal questions. What a smitten girl you are, Farah. Ha. Ha. Ha. I didn't like the way I behave, so I decided to delete all my Instagram pictures and stop liking his Instagram pictures at one point. Plus, I was struggling with my life so taking a break from social media was like the best decision that I have ever made at that moment. 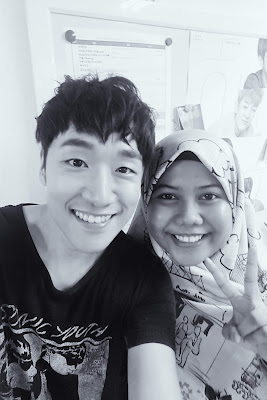 The only (celebrity) crush that matters 💖

Few months ago, I received DMs from him after years, and oh boy, was it different this time around! Instead of feeling giddy, I felt nothing. Or to be exact, I felt quite annoyed with him because he can easily google the answers to his endless questions. It also didn't help when he kept questioning my responses.

From that moment, I had this funny realization about how my feelings work. Everything was like a rainbow, a sunshine, an unicorn when I was infatuated by his existence (or more like by his likes and messages). Now that I have reached this age and have neutral feeling about him, his likes and especially messages mean nothing to me. They were like other conversations that I usually have with my friends.

To the younger Farah,

Thank you for deciding to stop having a crush on him. That's like one of the best decisions that you have ever made at that age. I'm eternally grateful for your decision for I don't think I can do the same if I were in your shoes.
Personal