How ironic eh that I went snow tubing at the Sunny Tube Park but it was not sunny at all? :p I was super bummed but it is what it is. Thankfully I didn't sign up for the Scenic Snowshoe Tour or Sightseeing Gondola for I will not see any mountains at all on that day. 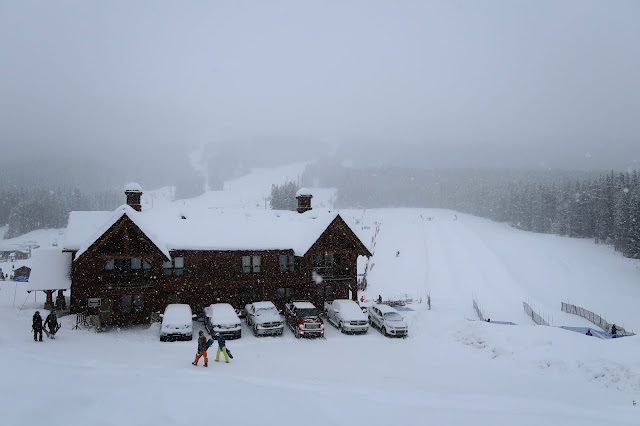 You can faintly see the Sunny Tube Park from here. 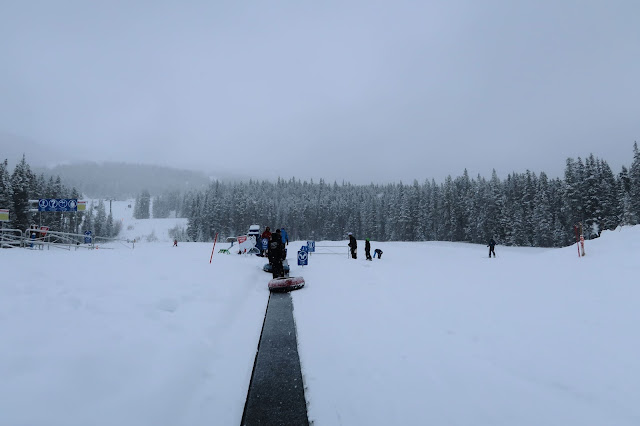 On my way up to the Sunny Tube Park.

Sunny Tube Park has three lanes which is fewer than what I expected. However, on that day, they only opened one lane. I guess it was because there were not many people tubing on that day. Additionally, I saw that the other two lanes were not groomed. Maybe they were trying to save their manpower as well? 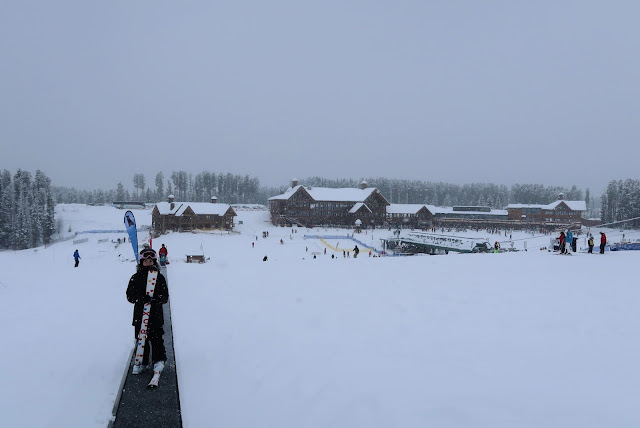 View from the lift.

Anyway, I was honestly nervous to tube for the first time because I'm not good with anything slippery, steep, and icy. Thankfully the attendants understood my nervousness that they gave me a regular push on my first try just so that I can get used to tubing. Surprisingly, it was slower than what I expected. When I told the attendants about the speed, they told me that it was probably due to the wet snow. Usually, it'll go faster. 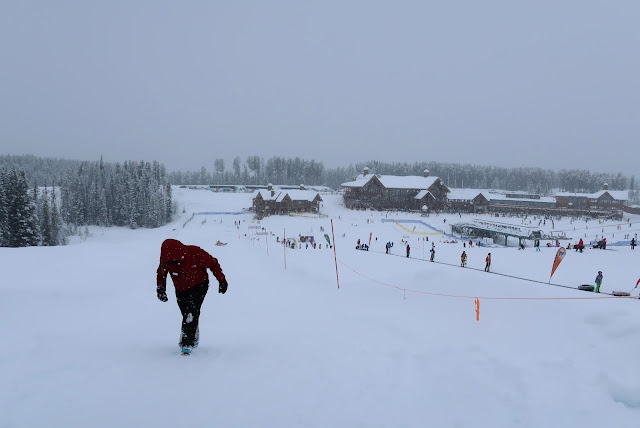 Such a strong lady for pushing and spinning us for few hours.

After that, they slowly increased the spinning force so that I can enjoy tubing to the fullest. The speed actually increased as the spinning force increased. Delightfully, I found myself enjoying tubing more when the speed was faster which is why I kept asking for 'spin' after that. And that's how I spent 4 hours tubing at the Sunny Tube Park, Lake Louise Ski Resort - spinning down the tube lane :)

One for the gram

On a totally irrelevant note, I found it funny that it took less than 40 seconds to go down to the bottom of the park but it took maybe around 5 minutes to go up as the lift was quite slow.

Thank you Lake Louise Ski Resort for having me! I had such an enjoyable day though the weather was not on my side. I guess, you may see me again soon?
Alberta Banff National Park Canada Lake Louise