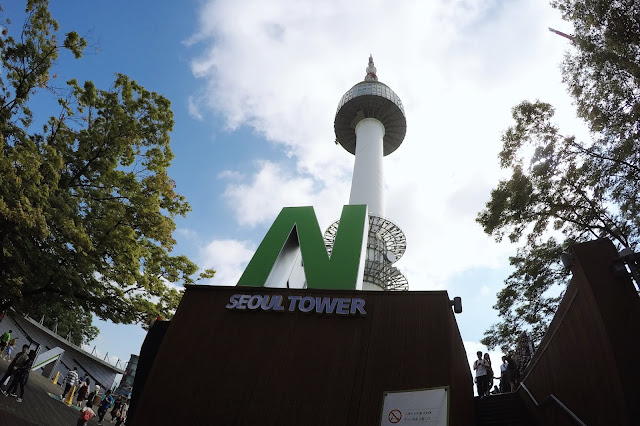 Namsan Seoul Tower (남산서울타워) was one of the last places that I visited when I was in South Korea. Naturally, I didn't have much energy left especially after I hurt my leg in Busan. By the way, this is not the end of my endless posts about my trip to South Korea. I still have few more. lol. I just need to get rid of anything Seoul first :p

My rough itinerary looked like this; Seoul → Busan → Incheon → Jeju → Seoul. And just so you know, orang yang tak buat proper research and planning je route dia macam ni. I wasted so much money and time being an idiot and lazy me T^T

The weather was at its best when I went to the Namsan Seoul Tower. It was so bright and the skies were so blue, though it get quite hot at the same time. #iamaputerililin I personally think that I got some of the best pictures of my South Korea trip on this day! 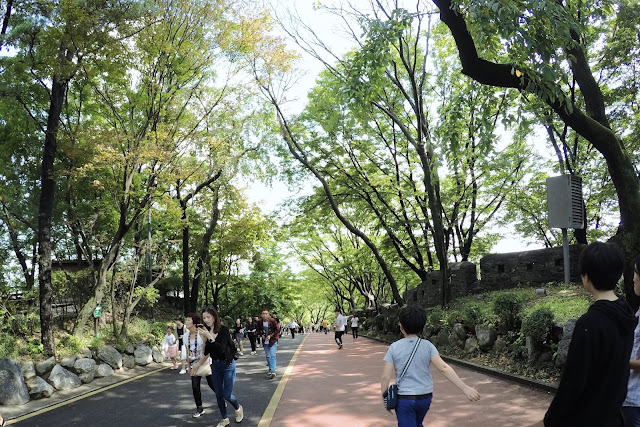 I took a bus to get to Namsan Seoul Tower but little did I know that I had to hike for a bit once I get off at the nearest bus stop. Haha. Talk about another lame. It was quite a short hike but it was too steep for my liking. After all, my leg was hurt, no? I obviously huffed and puffed to my way up. Thankfully, the road was shady thanks to the trees. Otherwise, I'll become such a mess because I felt like my skin was burning up when I was on my way up.

Didn't go up the Namsan Seoul Tower because I was a cheapskate. Also, because I was not sure and was not curious about what kind of view that I'll get once I'm up there. Additionally, I heard that the best time to go up the tower is at night. So, I decided to pass. 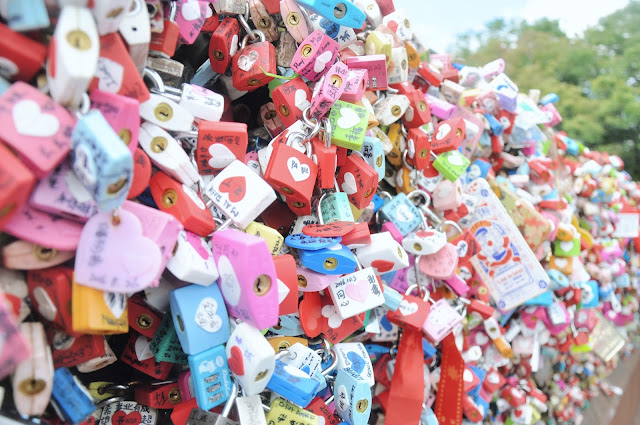 Instead, I went to see the ever famous love locks area. OMG! So many love locks. I think they had to remove some due to fire safety. Pretty sure I read something along those lines. Didn't spend too much time here as well because there's only so much love locks that I can see. Haha. Wanted to take pictures at the photo zones but everyone was so busy with their significant others so I passed again. #nasiborangsingle 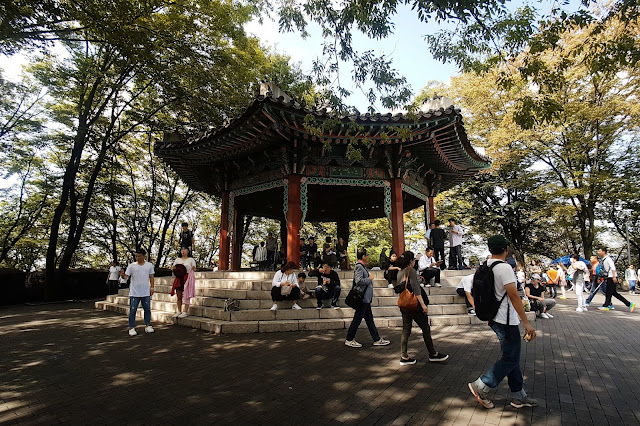 Then, I decided to sit around near the pavilion. I think there was a significant history behind this pavilion but being lazy that I am, I didn't even bother to read the whole thing. All I know was Cha Tae Hyun was here on one of the episodes of 2 Days 1 Night. #thingsidoforchataehyun 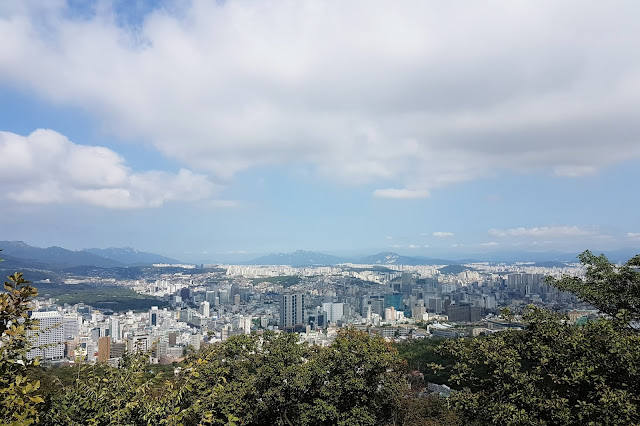 After that, I managed to sneak around the observation platform to take a peak of Seoul from above. It wasn't as vast as what I've seen from Haneul Park (하늘공원) but it is what it is. I think it'll look super pretty at night with neon light and stuff.

I think I left the Namsan Seoul Tower after an hour-ish because I pretty much get the gist of the place and I wanted to go to few other places after that. Overall, I'm really glad that I decided to visit Namsan Seoul Tower on that particular day. Wouldn't mind to come again if I get another chance :)
Namsan Seoul Tower Seoul South Korea 남산서울타워 대한민국 서울