September 03, 2018
I went to Gwanghwamun Square (광화문광장) few times when I was in South Korea. Had no idea why, but from what I remembered, I was always there due to random reasons. Most of the times I was there because I used the nearest subway stop but there was one time I was there because I was lost and suddenly turned up at the square. Oh memories! Anyway, all these picture were taken during my first visit to Gwanghwamun Square 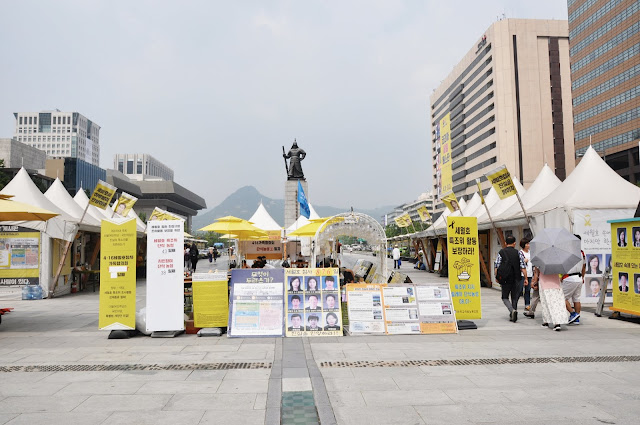 My main goal going to Gwanghwamun Square was to see the surrounding area and the statues of Admiral Yi Sun-Shin and King Sejong. I'm not a history buff but having watched anything Korean for the past 8 years, I involuntarily have picked up few history lessons here and there. 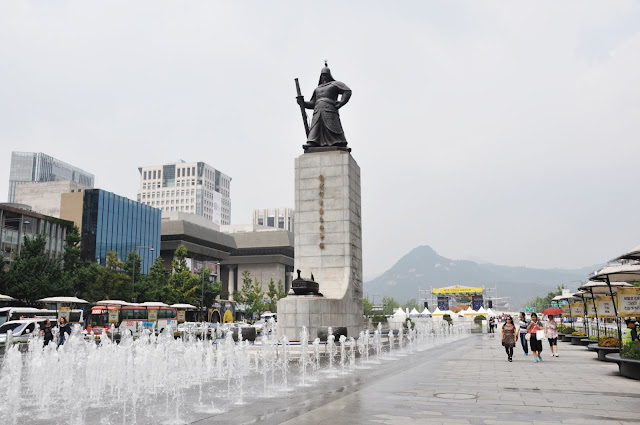 
As for King Sejong, I believe you can easily pick one of the historical dramas to learn a bit about King Sejong. I don't really watch historical dramas but on top of my head, I can say that Deep Rooted Tree showed the process of Hangul creation. However, please be mindful that it might not be the accurate depiction. 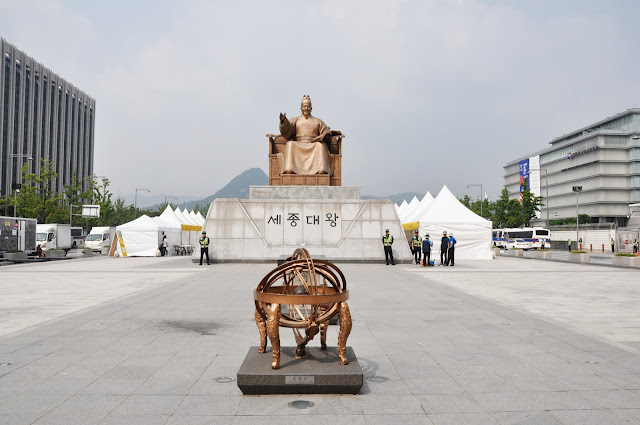 Statue of King Sejong the Great


Anyway, when I was there, there were a lot of stuffs happening at the square. At this one section, they had a music festival, while at another section, they had this protest going around. There were a lot of police officers and police buses as well! Basically, it was super crazy and hectic. I have never seen that many police officers and police buses in my life. It crossed my mind that something else, something bigger than a music festival and a protest might be happening here so I went to Google and search but I found nothing. 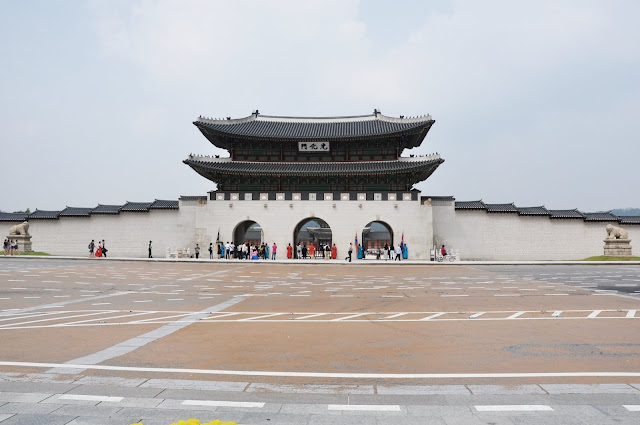 In any cases, this is what I gathered based on my observation regarding the protest. The protest was held by the Sewol victims' families. If you're in loop of anything Korean, you will know that Sewol tragedy was one of the most shocking tragedies in Korea. They claimed there were 9 more victims that were not listed in the victims list. They also demanded a thorough investigation from South Korean government. Also, they demanded for the Sewol ferry to be lifted from the sea. It was very heartbreaking to see the victims' families protesting in silence. Seriously, the mood around the protest area was so gloomy that I actually cried and felt guilty to smile after passing through the protest area.

Hence, my first visit to Gwanghwamun Square (광화문광장) was filled with mixed emotions. I was completely overwhelmed by the surrounding area; with the silence at the protest area and the defeaning instruments sounds at the music festival area; and the number of police officers present when I was there. Thankfully, my few visits after that did not overwhelm me as much as my first visit.
Gwanghwamun Square Seoul South Korea 광화문광장 대한민국 서울