September 18, 2018
Had a chance to go to Johnston Canyon for the first time last summer (Can't believe that summer is now over and it has been snowing for the past few days. Where is fall again? T^T). Johnston Canyon was my first stop that day so I had a lot of energy and was mentally and physically prepared to go for a hike.

Tip: Go early in the morning or later in the evening to avoid the crowd. 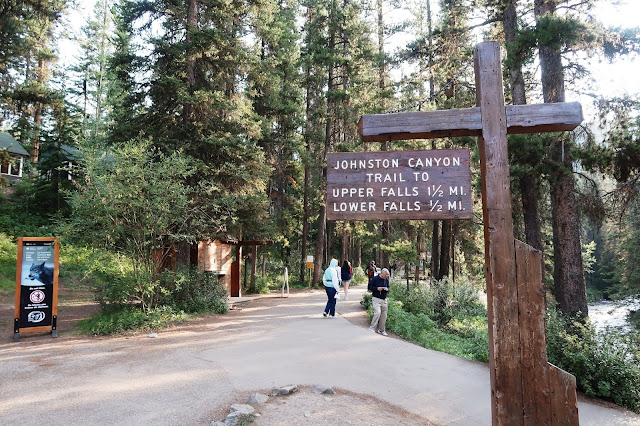 
Tip: Ditch your and use public transportation as parking spaces are limited. Parks Canada runs shuttle service in summer for CAD 5 return trip. Otherwise, Hop On Banff can be a decent alternative. 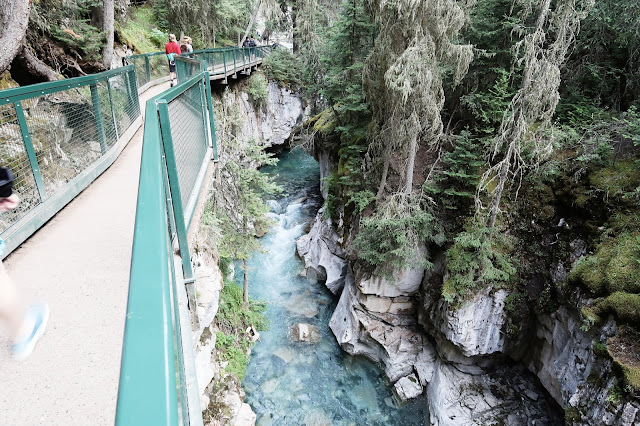 As someone who's not physically fit per se (I'm a couch potato through and through, in case you still haven't realized about this), I think the hike was pretty easy and doable for someone like me. I obviously huffed and puffed through my way up to the Upper Falls but I didn't have a moment like, "Ughhhhhh, penat gila. I don't think I can do this T_________T" So, that was good. I was quite happy with myself. lol. 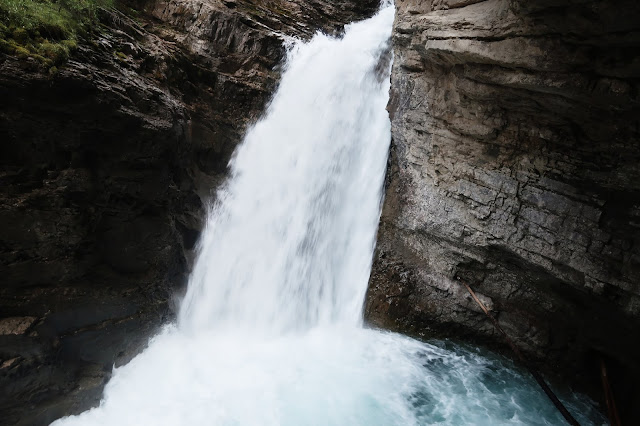 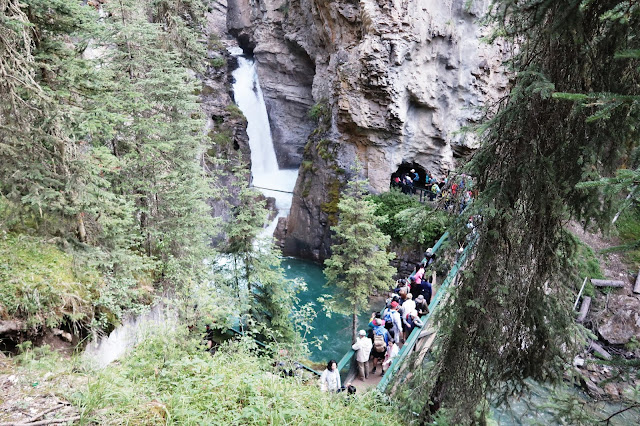 
When I was there, I saw a line heading through a tunnel. Intrigued by the line, I decided to line up as well because I was curious about what's waiting at the other end of tunnel. Apparently, you'll get a closer look of the Lower Falls at the end of the tunnel. I was lucky that the line was not that long when I was there. Had to wait less than 3 minutes before getting a spot at the end of the tunnel and finally seeing the Lower Falls from a closer range.


Tip: If you have an expensive camera, please bring waterproof cover as your camera might be misted with water. 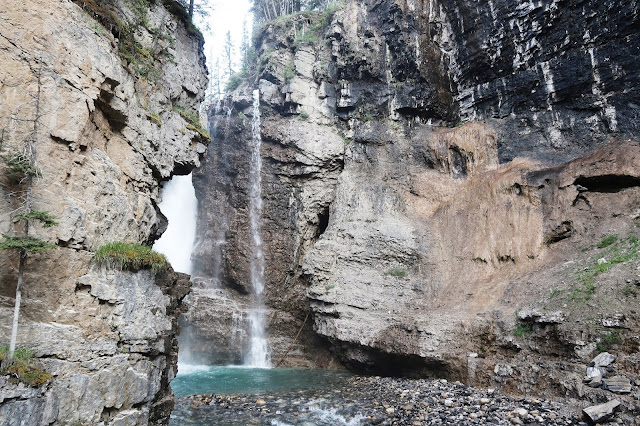 Once reached, I had two options on where I want to see the Upper Falls. I chose the easier one; a viewing platform at the bottom of the falls. The other option was a platform overhanging the gorge which can be reached by taking a steeper trail. I skipped the viewing platform overhanging the gorge because I thought I didn't have enough time. Apparently, I actually had more than enough time to see the Upper Falls from the other platform, extra 20 minutes to be exact. I finished the whole trail and returned to the starting point in about 1 hour 30 minutes?

Anyway, it was a neat experience for me. Think it was one of the nicest and easiest hikes that I did last summer. I'm thinking about going to Johnston Canyon again this winter. Hopefully when the time comes, I'm ready to brace the coldness.
Alberta Banff National Park Canada Johnston Canyon