May 22, 2018
This post was first published on August 15, 2015 on one of my older blogs. Decided to repost it here at Her Little Guilty Pleasures due to reasons that I mentioned in this post.

Giddy up! Giddy up! 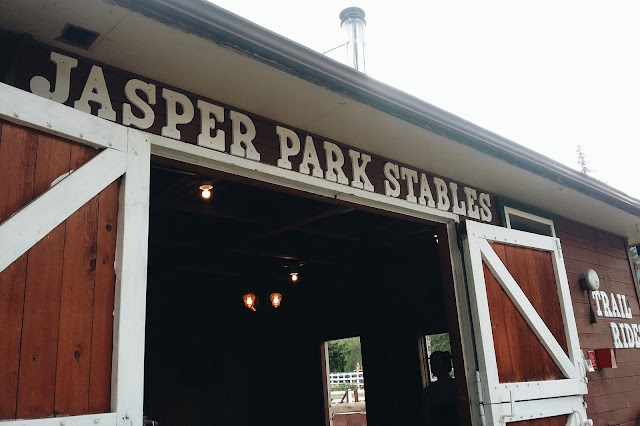 It was my first time going for a horseback riding in Canada. And I totally loved every bits of the experience. I did not know what to expect and how to control a horse, but alhamdulillah everything went surprisingly well. 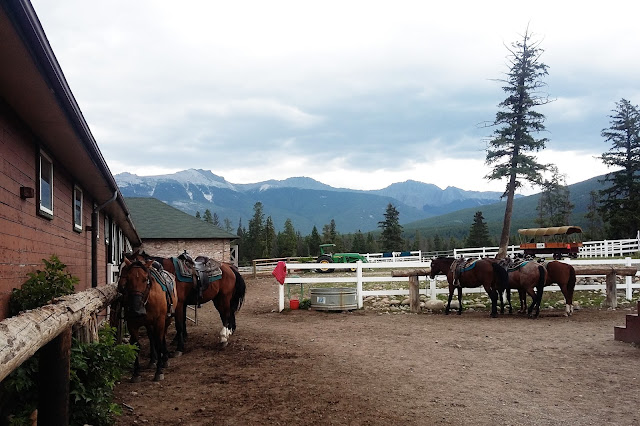 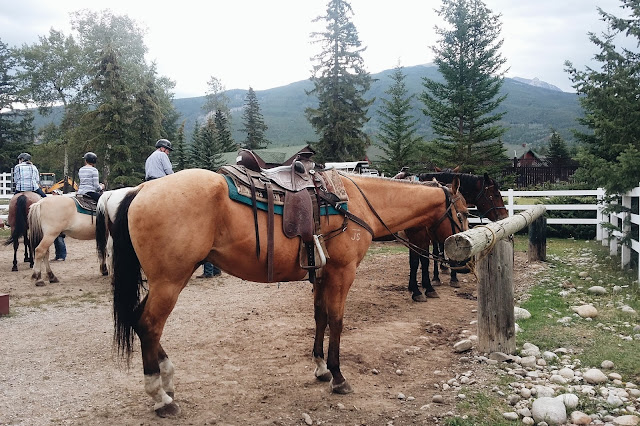 We went for the Cowboy Up ride which was an hour and 1/4 ride. It was the cheapest ride that we can get (yes, we are cheapskates!) and it was suitable for us who have little or no experience with horse. 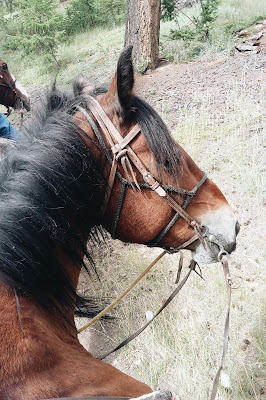 So, I got to ride Pacer. I honestly think he was either a rebel or he just did not like me. He did not really follow the horses in front of him and he kept walking to trees. I had to duck few times. Kalau tak, mahu bertelur ayam dahi sendiri. Well, I guess it was partially my fault. If only I knew how to control him better :(

And I had to keep kicking him because he was too slow. Kelly said I should kick him harder. I think I have already kicked him harder sebab rasa kaki macam dah nak patah sebab asyik kicked dia je. But still, he did not go any faster. At the same time, I can't avoid to think that I'm such a bad person because I had to kick him more than 20 times in that one and 1/4 hour.

And according to Kelly, he kept farting! Poor Kelly. I felt so bad for her as she was riding her horse behind me. He also pooped sesuka hati dia even though Rufus' (Kelly's horse) face was very near to his ass. 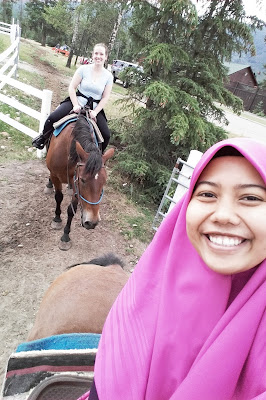 So, that's how my first horseback riding experience went. A little bit tiring but exciting and fun at the same times. I am planning to go for horseback riding in Banff or Lake Louise if I have a chance. Just so you know, the horses in Banff and Lake Lousie are way bigger than what we have here in Jasper.

Update in 2018: Insya Allah, I'm going for a horseback riding in Banff in the next 2 weeks. So, yeay for me? :)
Alberta Canada Jasper National Park Jasper Park Stables