March 17, 2020
I just have to share the goodness that it Coconut Float Smoothie from Fruitlala, Central i-City. This is hands down the best coconut float smoothie or coconut shake that I have ever had!

It was so sweet (the kind of sweet that that I like), so coconut-y, so cold, and so good! Honestly 1 cup was not enough for me. I wanted to buy another cup but I was worried about my glucose level, so I settled with just 1 cup. 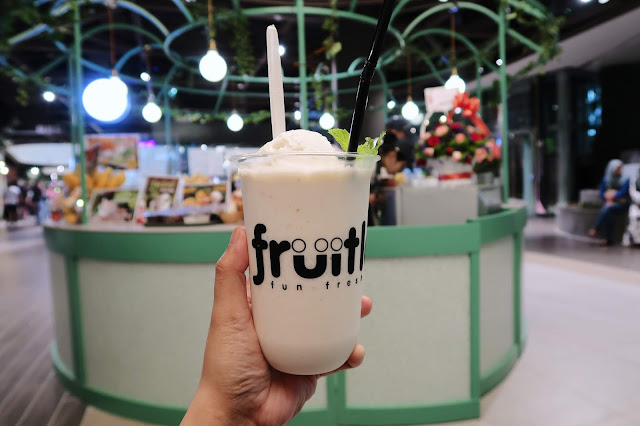 Yes, it beat the Coconut Shake from Sangkaya! In terms of price and taste! I mean, I love Sangkaya's Coconut Shake but this Coconut Float Smoothie from Fruitlala was just on another level. lol 😁

I'm so going to buy the Coconut Float Smoothie from Fruitlala again but first let me check if I have anyone willing to drive me to the Central i-City. Hahaha. Otherwise, it would be just a (sad) dream 😂
Malaysia Review Selangor