February 25, 2020
This was many moons ago when Chun was fairly new at the IOI City Mall. At that time, my sister and I decided to try the viral corn dog that is Chun because of two reasons. Firstly, because I missed the Korean-style corn dog and secondly because my sister was intrigued by Eric-dog after watching 4 Wheeled Restaurant and a video of me eating Korean-style corn dog when I was in South Korea. 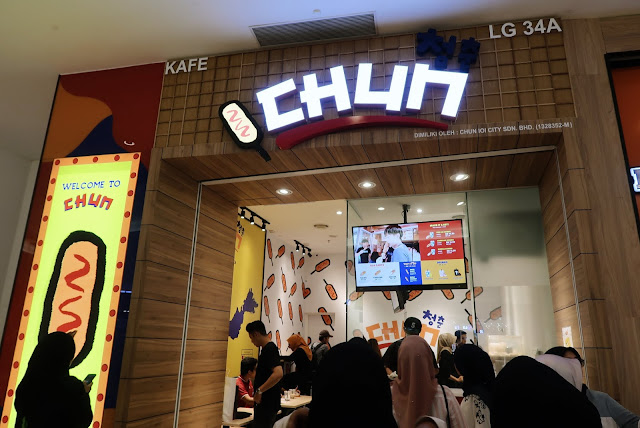 There was a queue when we were there but not too long so we were okay. If we were to go now, the queue would be too long for my liking. Haha. We decided to buy the Mozza corn dog because that is the corn dog that has been featured anywhere countless time.

To our dismay, our corn dogs were indah khabar dari rupa? The crumb was crunchy but the cheese was a letdown. It didn't stretch at all ㅠㅠ Having said that, I guess it all depends on your luck. Days before, we saw a lot of lucky Chun's customers with stretchy cheese. So, there's that. 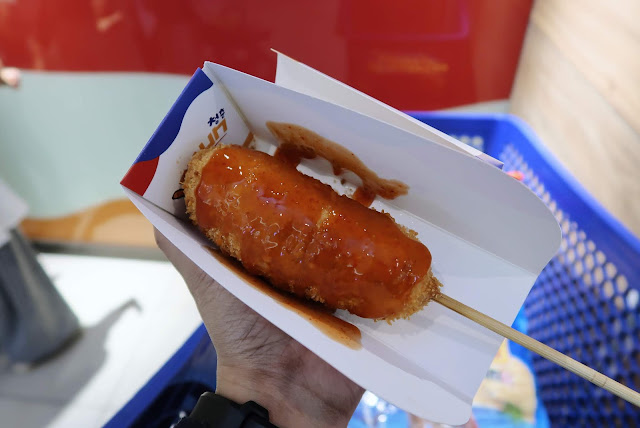 The hot dog itself was a so-so but we think they used black pepper hot dog. Also, another thing that made me sad was they didn't have mustard sauce and the right chili sauce or ketchup when we were there.

Tip: The best way to eat the corn dog is the traditional way. You just have to put ketchup, mustard sauce and sugar and voila! You'll be good :)

As such, I'm quite reluctant to go to the Chun, IOI City Mall again. It also does not help at all because I found another place that serves a better Korean-style corn dog. Hehe.
Malaysia Putrajaya Review