June 28, 2019
My sister was ever so kind to treat me at the Sopoong, Central i-City the other day. I was fairly excited because it's been a while since I last ate at Sopoong and I finally had a chance to go to another mall that is not IOI City Mall. lol.

Add; Okay, I just checked my old blog post. My first and the last time eating Sopoong was around three years ago at the IOI City Mall. It's indeed have been a while. 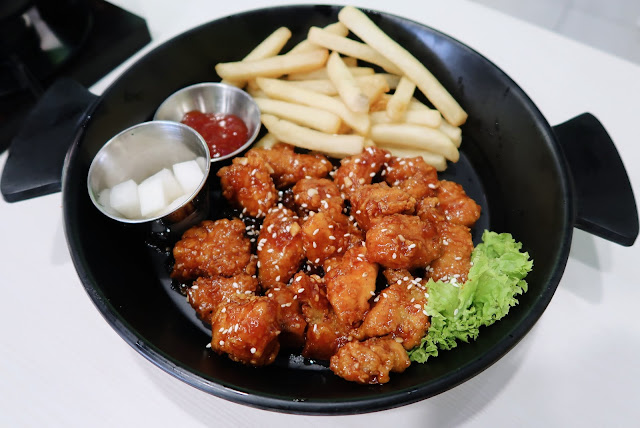 
My sister and I decided to go all out on this day. We ordered quite a number of dishes though there were only two of us. We really took our own sweet time to finish them all because we were just too full at some point. lol. Think we spent about 2 hour-ish here. 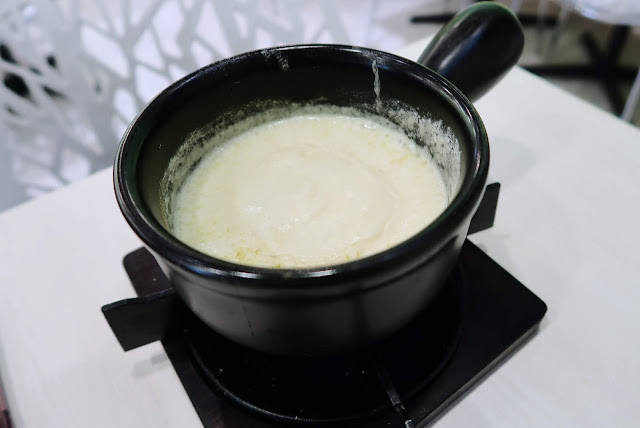 
Our first pick of that day was Yang Nyeom Dak Gang Jeong with cheese as add-on. I loved the chicken. It was so yummy and soft. The sauce was good too! It was sweet with a hint of spiciness. The cheese was another story. I think it was too watery for my liking. 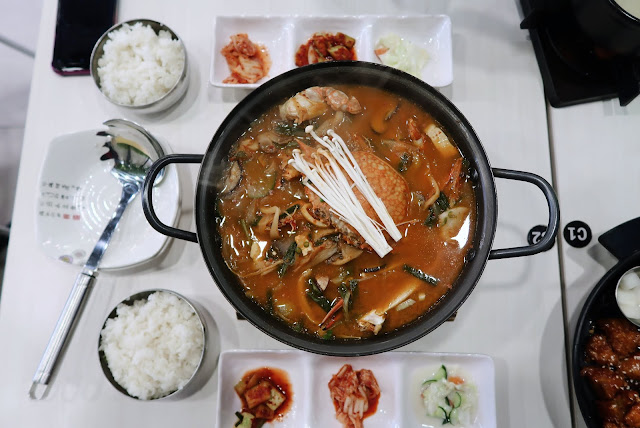 
We then chose the Haemul Jeongol or Seafood Hot Pot with two bowls of rice as add-on as our main. Initially, I wanted to order the Soft Tofu Stew because I was in the mood to eat Soft Tofu Stew. while my sister wanted to order another dish. However after contemplating about 15 minutes, we decided to settle with Haemul Jeongol. Mainly because we can easily order the other dishes next time because they are for 1 pax while Haemul Jeongol is for 2-3 pax #wetendtoeatalone

The Haemul Jeongol was an okay. It was not spicy at all and quite refreshing. Personally, I found the taste quite similar to what I had in Jagalchi Market in Busan, so that was a nice surprise. I wanted to say they gave generous portion of seafood but truthfully, the didn't. I can barely see the seafood. They did, however serve generous portion of crabs. There were a lot of crabs or crab parts in the hot pot. So, if you're a big fan of crabs, you may love this Haemul Jeongol.

Tip: Banchan is refillable, so don't be shy to ask for more. I personally love the mayonnaise one. So good! 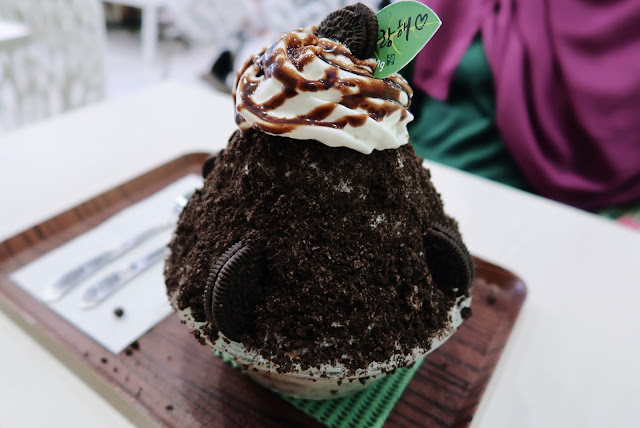 
As for dessert, my sister and I decided to order the Dessert Set - Mix Hotteok & Bingu because she wanted to eat bingsu while I wanted to try the Hotteok. My sister ordered the Oreo Bingsu. Surprisingly, it was good, or maybe I never expected that I will like any bingsu after continuous disappointment of trying bingsu. lol. The Oreo Bingsu was not too sweet and too chocolaty which was perfect for my liking. 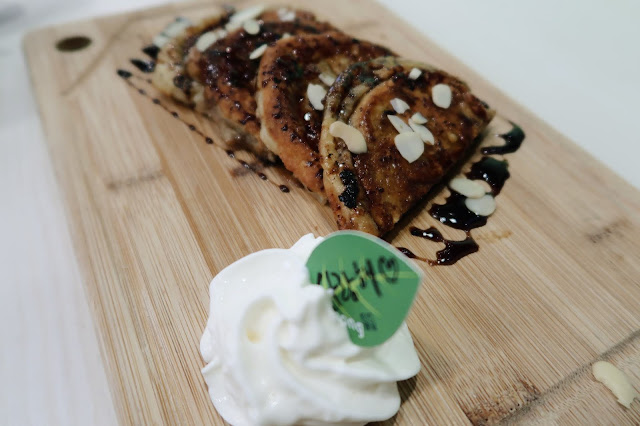 The Dalkom Hotteok came as a pleasant surprise as well. I personally think it tasted a lil bit different to the hotteok that I had in Jeju or Seoul but it was still good, so good! It was not too sweet, perfect for my liking. 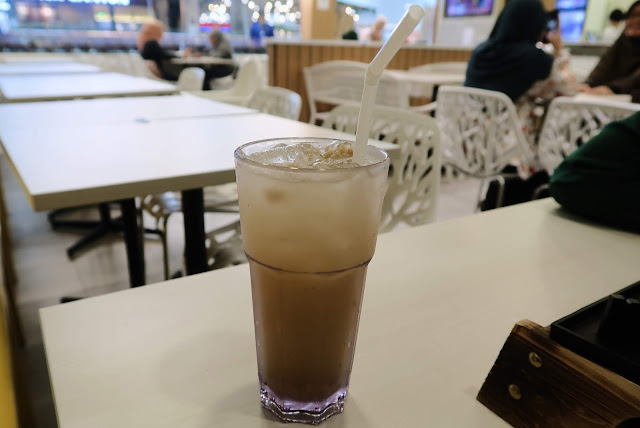 As for the drinks, my sister and I decided to order a glass of water and Sikhye each. I was actually surprised to see that Sopoong has Sikhye in their menu. I think though I'm not really sure, they didn't have sikhye before this. The sikhye was good too albeit a lil bit sweeter and gingery than the sikhye that I used to try in Seoul.

Service wise, the service at Sopoong Central i-City was quite slow because we received our first dish after about 30 minutes although there were not many people around. Probably because the dishes that we ordered need more preparation? Who knows? However, the owner was ever kind and friendly. So there's that.


Price wise, it was average? Standard? I do believe this is the price range that you will see if you go to other Korean restaurants. I do however, find some of the prices are a lil bit too high while the rest of them are okay.

Overall, I definitely won't shy away to go to Sopoong again if I have a craving for Korean food and if I have extra money. lol. In fact, I actually went to another Sopoong few days after that day but that's another story.