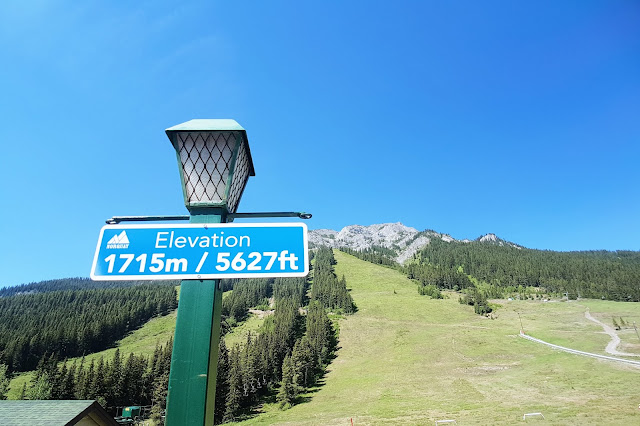 Tip: Mount Norquay provides free shuttle in the summer. Do fully utilize the service if you're in Banff! :)

Took the third shuttle from the Banff Train Station. I was the only passenger in the shuttle so I managed to have a good chat with the shuttle driver. Wasn't sure how long it's supposed to take us from the Banff Train Station to the Mount Norquay but I think it took us more than half an hour to reach the base due to construction? We even managed to share the running joke about Canadian seasons. 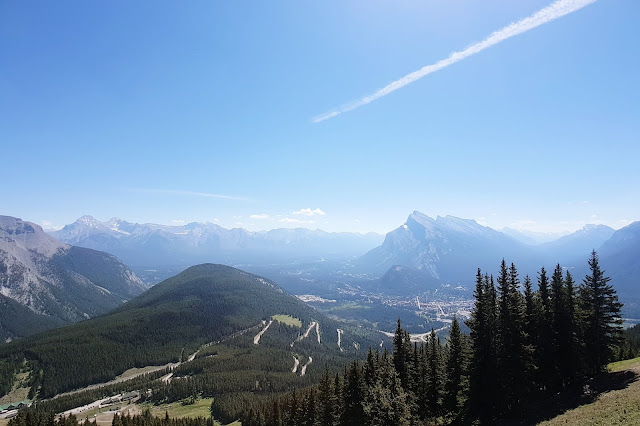 Do you know that Canada actually only has 2 seasons instead of 4 seasons? We only have construction season and winter season here. That's it, guys! There is no spring, summer or fall in Canada :p

Upon my arrival at the base, I exchanged my coupon for a free ticket (one of the perks of being a local) at the ticket counter. There was no line, so I assumed summer is a slow season for Mount Norquay? I also didn't have to wait to ride the chairlift. The chairlifts at the Mount Norquay are smaller compared to other chairlifts that I rode last summer. Now that I think about it, it was my first 2-seat chairlift. Also, I felt that the chairlifts were quite unstable?


Tip: Mount Norquay usually provides number of discounted coupons to the hotels. This year, they had 2 For 1 coupons, which means you'll get 2 tickets for the price of 1. Do ask your front desk agents for the coupons if you want to save some money! :) 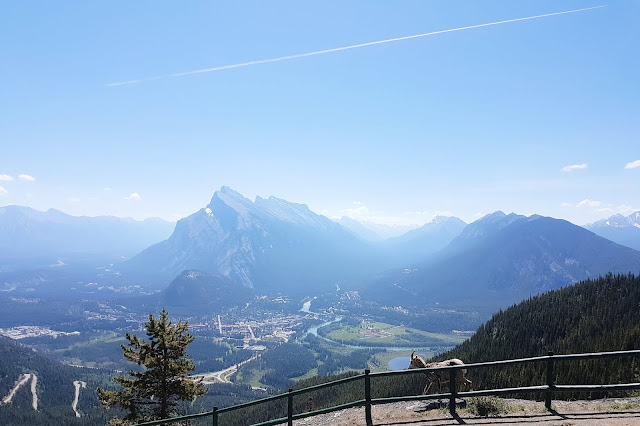 Didn't remember how long did it take me to be at the top but it wasn't that long. You can read what happened after that at this link. Basically, I was stunned with the view as it was my first time seeing the Town of Banff from that point of view. Also I felt very pleased as I got to see a bighorn sheep in a close range and had a staring contest with it. Yet, I felt quite bummed as I had to cut short my stay as I had a stomachache.
Alberta Banff National Park Canada Mount Norquay