June 05, 2018
This post was first published on May 22, 2016 on one of my older blogs. Decided to repost it here in Her Little Guilty Pleasures due to reasons that I mentioned in this post.

Have been wanting to update about this road trip to Bruce Peninsula National Park since last week but I was too occupied with my guests. Well, I haven't seen them since we came to Canada so there were a lot of things to catch up. Plus, we had sendiri-sendiri Korean dramas marathon. Oh my god, we were like the definition of unemployed bums for the past few days. lol!

Anyway, I figured I should update about this road trip now than later before I become lazy or too occupied with my other personal affairs.

On May 13 (it was Friday the 13th by the way, hehe!), we rent a car to send out soon-to-be-shipped-to-Malaysia stuff to our senior house. After we were done with sending our stuff, my housemate drove us to Bruce Peninsula National Park. Bak kata orang, alang-alang dah ada kereta, kita keluar merayap la. Plus, Bruce Peninsula National Park is not really public transport friendly. So, bila dah ada kereta, kita pergi sahajalah :D

Bruce Peninsula National Park is 3 hour-is away from Guelph. The view along the way was so pretty and calming. It reminded us both a little bit of Alberta. We were teased with the view of clear and blue water at some point before we arrived at Bruce Peninsula National Park. Ya Allah, we were shouting like a child as we were excited to see the blue water because it reminded us of Alberta again. 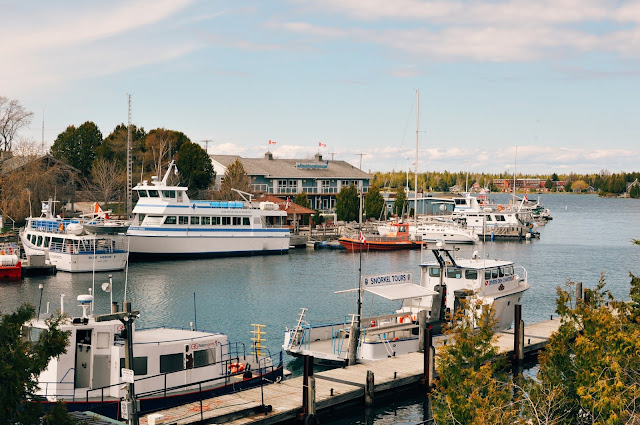 We didn't get to do many stuff or to go to many places because we were short of time. We arrived at Tobermory around 2 PM-ish and we left Bruce Peninsula National Park around 10 PM-ish. In that short time frame, we only managed to cover Tobermory, Indian Head Cove, and The Grotto. We planned to go to Fathom Five National Marine Park and Flowerpot Island where we can see a lot of shipwrecks and more beautiful scenery, however, we missed the last boat. They usually have more boats going to and fro Fathom Five National Park and Flowerpot Island, but the service for peak season hasn't started yet, so ... 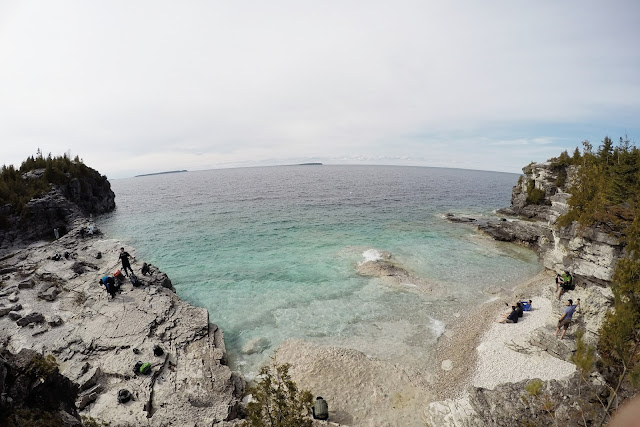 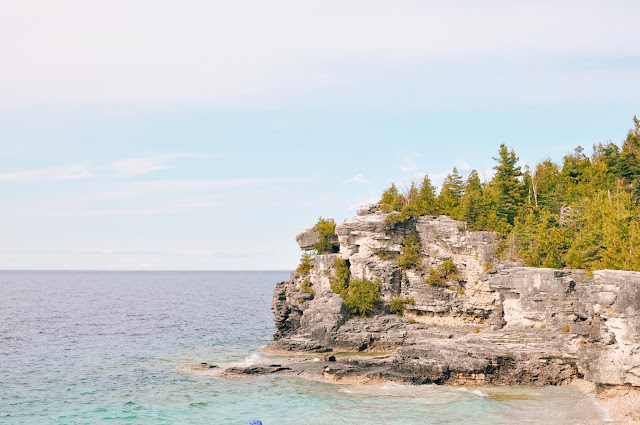 We spent most of our times here as we were busy doing our failed grad shoot. As we were busy, I did not have a chance to properly shoot the beautiful scenery here. Rasa nak menangis bila tengok gambar-gambar yang hampeh dalam hard disk ni T_____T I should just take the scenery pictures instead of my pictures. Ughhhhhh >.< 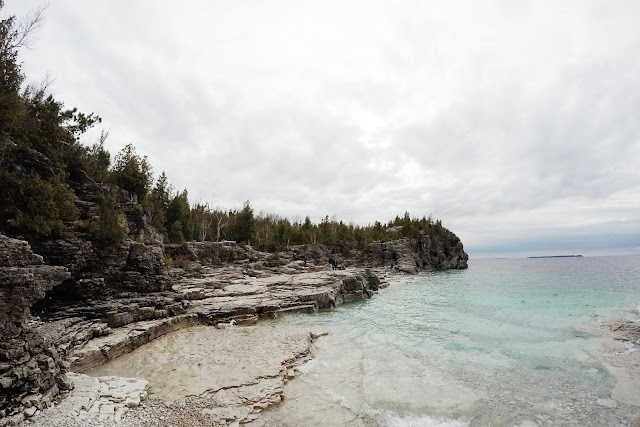 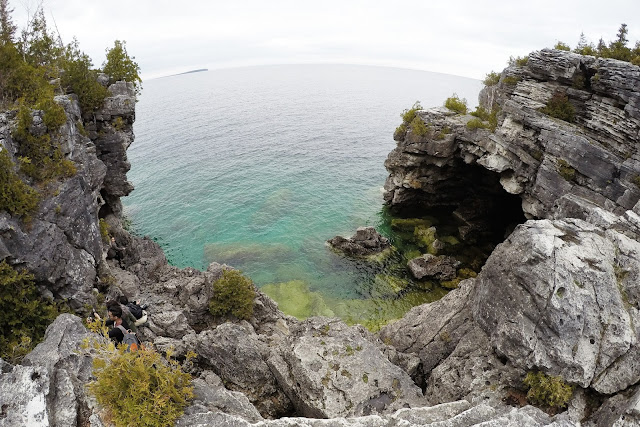 We then moved to The Grotto after my roommate was satisfied with her pictures at the Indian Head Cove. We did not really take many pictures here because we were so tired! We just snapped few pictures and sat around enjoying the scenery.

Conclusively, it was a day well spent and a memorable road trip! :)