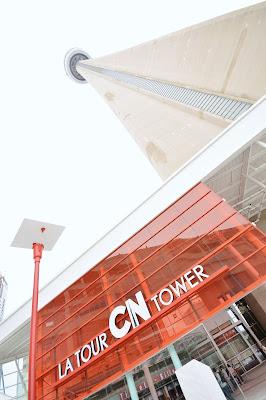 I never update about this trip but this was my first school trip in Canada and this was six years ago? In reality, we had a chance to roam around the downtown Toronto as well on this trip but am not gonna talk about that. 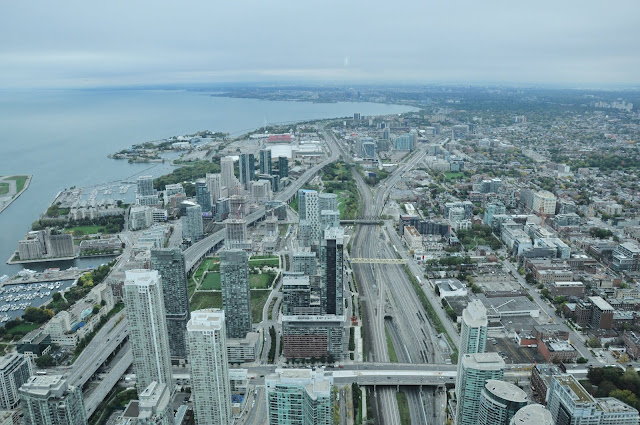 Anyway, I still remember how excited we were when we first saw all the high rise buildings and CN Tower. I guess it was bound to happen because that was our first time going to a major city in Canada. In Guelph, you can't really see tall buildings. Also, Guelph is such a laid back, serene, and relaxing city that even traffic jam in Toronto made us go, "Woah!" 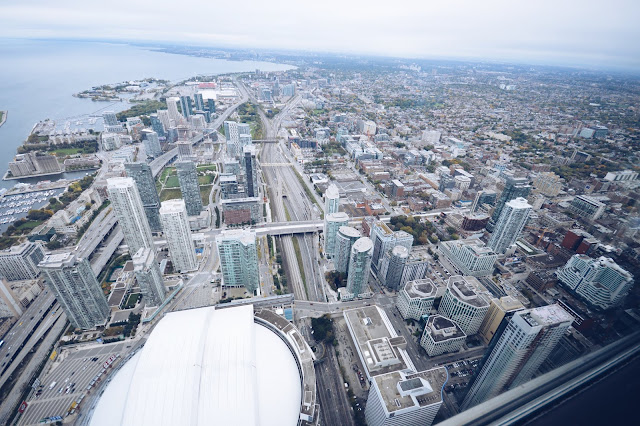 I have a confession to make. I have never been to KL Tower or Petronas Twin Towers before, so CN Tower was my first iconic tower that I've been to in my life ^^"" In fact, I had so many firsts in Canada but let's leave it here for now. 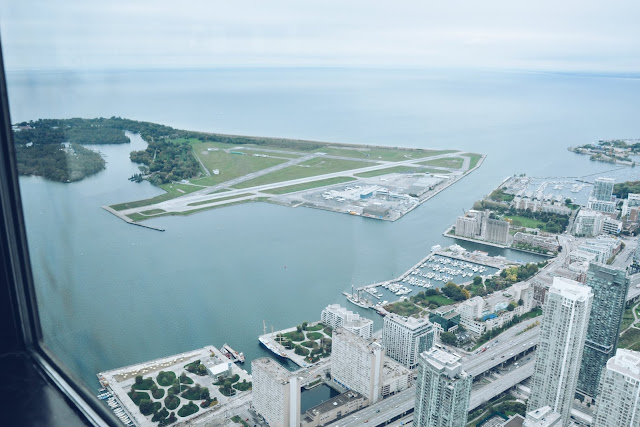 We didn't spend too much time here. Maybe about 2 hours? We spent the whole time taking a lot of pictures and taking in the view of downtown Toronto and its surrounding from above. I mean, there's only so much you can do whenever you're at a tower, right? :) 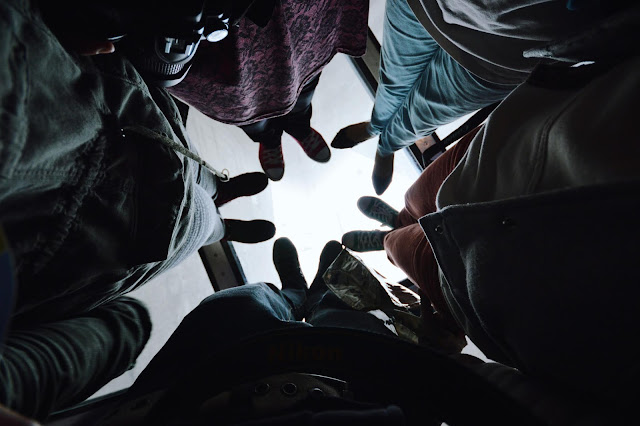 I personally loved the view but more so the time spent with my friends. I wonder how it looks like at night. I think it's going to look super pretty! Though I have to say that I'm curious but not curious enough to go again.
Canada CN Tower Ontario Toronto