May 31, 2018
This post was first published on May 6, 2016 on one of my older blogs. Decided to repost it here at Her Little Guilty Pleasures due to reasons that I mentioned in this post.

I think I'm going to start updating about my trip to NYC soon but I'm not really sure how soon is soon. hehe! Have to go over thousands of pictures which half of them are most probably my selfies. We'll see.

Update in 2018: Apparently soon in not soon enough as I have yet to update anything about NYC even in 2018. 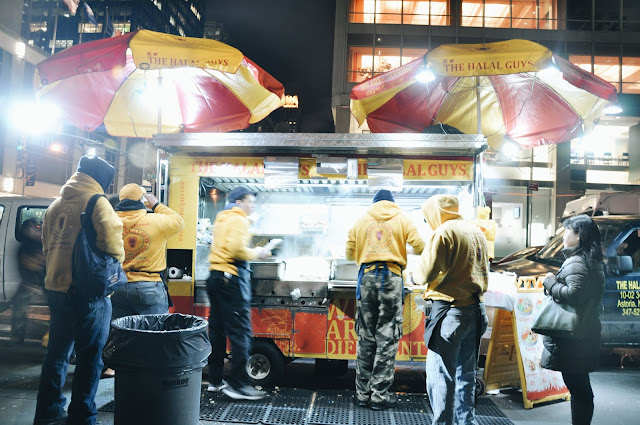 Anyway, when I was in NYC, I managed to go and eat The Halal Guys twice. I tried the Halal Guys for the first time after I was done with my visit to Museum of Modern Art (MoMA) and then I ate it again before I went to EXO Planet #2 - The EXO'luXion in New York. Honestly, I was intrigued to try The Halal Guys because of the hype. I kept reading that The Halal Guys is so good, yadda yadda. Even my senior recommended The Halal Guys to me despite knowing that I'm quite fussy when it comes  to food.

I tried The Halal Guys cart at 53rd Street and Sixth Avenue after visiting MoMA. And guys, believe me, the food is to die for! Like seriously, the hype is not just a hype. It is a real deal! I tried their combo platter because I was rice-deprived at that time. It was so so delicious! The portion was big and the price was cheap! What a combo eh? It only cost me USD 7 for the combo platter. And just so you know, USD 7 for a meal in NYC is such a steal! 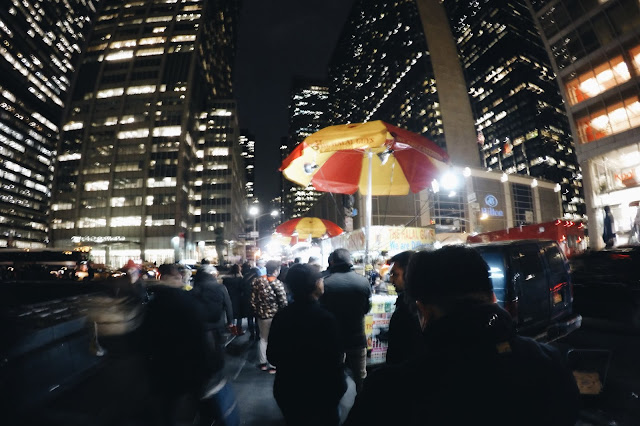 I was lucky because the line was short when I bought my combo platter. Right after I got mine, the line became so long. I was amused cause it was cold (hey there, winter!) but people did not mind to line up just to get the taste of The Halal Guys. Well, I was even fascinated of myself cause I sat across the cart and ate my combo platter there. *The cold never bothered me anyway*

I was so smitten by the taste of The Halal Guys that I decided to eat it one more time. I kept saying to myself, "Have to eat The Halal Guys one more time before going back to Canada! Have to!" This time, I went to their restaurant at 720 Amsterdam Avenue because it's only a few blocks away from my hostel. Besides, I was short of time as I needed to go early to Prudential Center to pick up my lightstick. 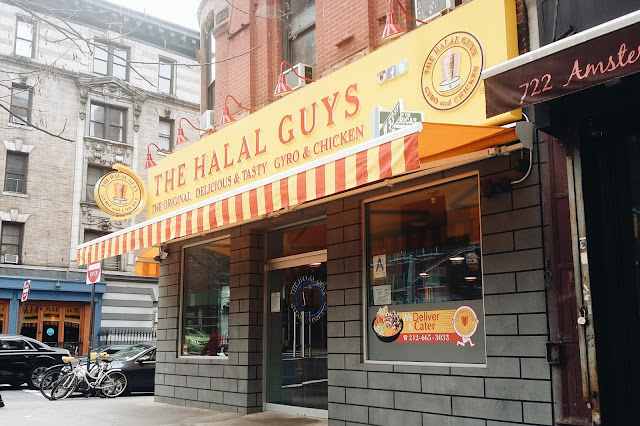 I think their restaurant was very clean, cute, and comfortable? Most probably because I came when they just opened for the day. lol! I ordered the same thing; the combo platter. However, the price was different. It cost me USD 7.99 instead of USD 7. I asked one of the employees about the price difference and according to him, the price is higher at the restaurant due to the taxes. Make sense. 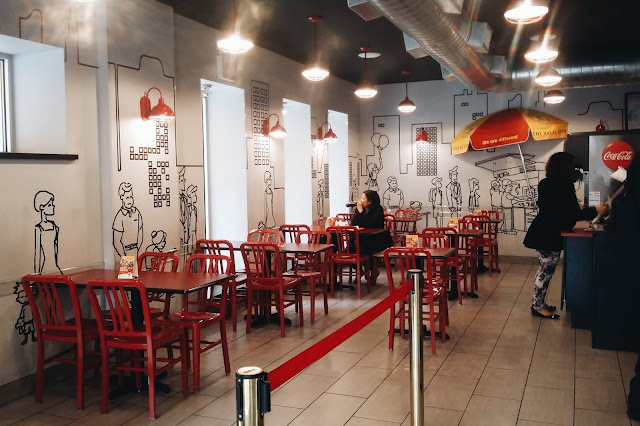 As the environment and ambiance were different, so did the taste. ha! I found the combo platter sold at the cart was tastier than the ones sold at the restaurant. I don't know why, maybe because I was starving when I bought my combo platter at the cart but their tastes were different. Or maybe I was not fully awake when I went to The Halal Guys for the second time. hehe!

General tips to eat The Halal Guys: Put a lot of white sauce, like a loooooooooooooootttt, because the white sauce was so good! Put just a little of hot sauce because the sauce was hot like very HOT! You're going to burn your tongue if you put too much hot sauce. *This comes from a girl who loves spicy and hot food* 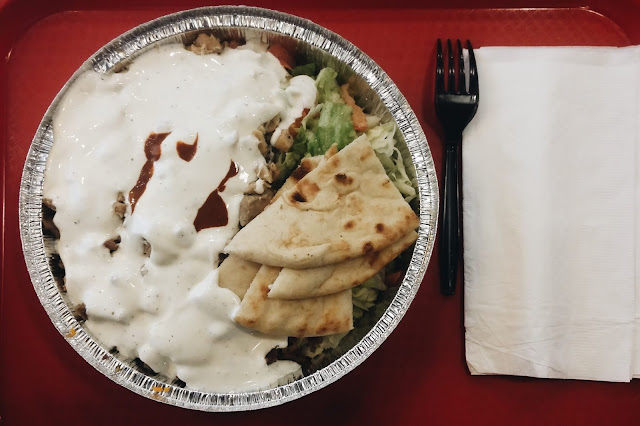 Trust me, it was delicious. This picture did not do justice to this goodness called The Halal Guys.

In any cases, I highly recommend you all to try The Halal Guys if you have a chance. Insya Allah, it will worth your money and satisfy your taste buds. Hopefully, they will open their restaurants in Malaysia soon! :)
New York City Review United States of America